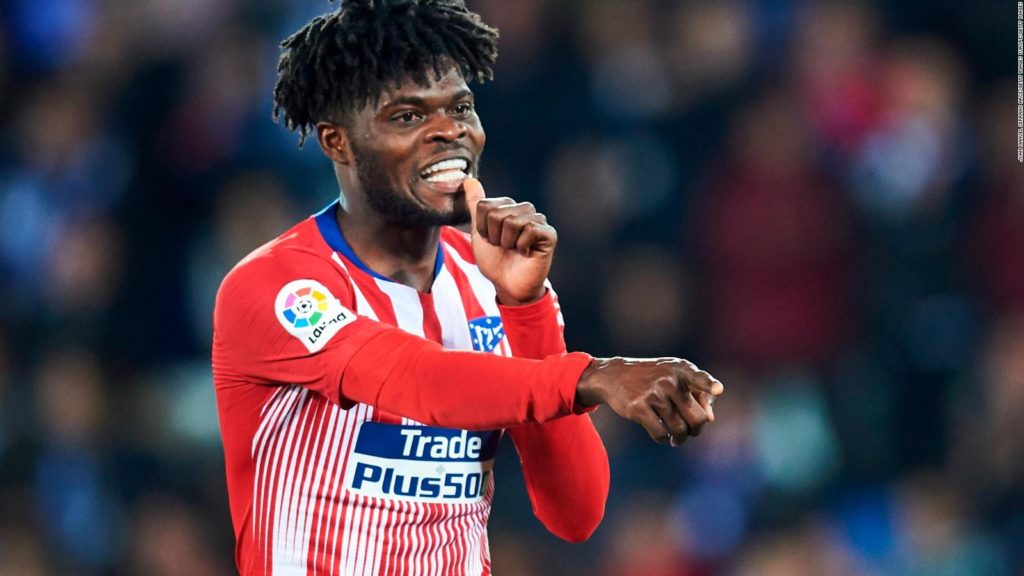 Thomas Partey will have his salary slashed by 70 per cent

Ghana superstar Thomas Partey suffered a massive setback on his bank balances after his Spanish club Atletico Madrid slashed 70 per cent of the wages of their players.

The La Liga side followed in the foot steps of their rivals Barcelona and Real Madrid in cutting the wages of their players by 70 per cent to protect non-playing staff.

Partey and his team-mates willingly accepted the pay cut during the coronavirus crisis to protect the salaries of 430 non-playing staff who could have lost their jobs.

Atleti's measures mirror those taken by Barcelona and Real Madrid in response to the State of Emergency declared in Spain, where the death toll attributed to COVID-19 has surpassed 10,000.

A club statement on Thursday confirmed they would present a Temporary Employment Regulation File (ERTE) to enshrine a 70 per cent decrease in wages for players with Atlético Madrid B and Atlético Madrid Femenino, along with Diego Simeone's squad.

Additionally, all first-team players have signed an internal agreement that maps out two different scenarios depending on how the 2019-20 season concludes.

The statement read: "The filing will mean a 70 per cent reduction in the salaries of technicians and players of the men's first team, the women's first team and Atlético de Madrid B, while the declaration of the State of Emergency lasts.

"From the outset, the club's objective in studying possible measures to deal with this delicate situation has been to minimise its effect on the salaries of its employees as much as possible.

"The agreement reached with the first team will also allow [for] supplementing the salary of 430 employees affected by the ERTE, a complement from which only players and coaches from professional teams are excluded.

"To make this possible, the first squad will contribute half the necessary amount and the members of the club's management committee, made up of the chief executive and the directors of the different areas, the other half. "

Atlético lie sixth in the standings of a suspended LaLiga, while their final outing before football's continent-wide shutdown was a thrilling 3-2 extra-time victory over Liverpool at Anfield – sealing a place in the quarter-finals of the Champions League with a 4-2 aggregate triumph.