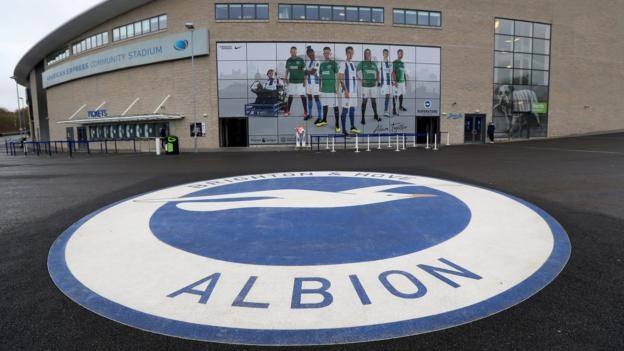 Brighton are 15th in the Premier League with nine games remaining

Barber, who was unwilling to name the individual, said he is "getting the care he needs" and testing was only being done "when symptoms emerged".

The squad are on a break from full-time training and working on their fitness at home due to the global pandemic.

Barber was appearing alongside manager Graham Potter in a news conference which took place via video link.

Asked how he has been spending his days, Potter replied: "I've been speaking to all the players one to one, making sure they're OK.

"And then looking at viewing some games and bouncing around some ideas to be ready for when we're going to start."

Brighton are 15th in the Premier League, two points above the relegation zone with nine games remaining.