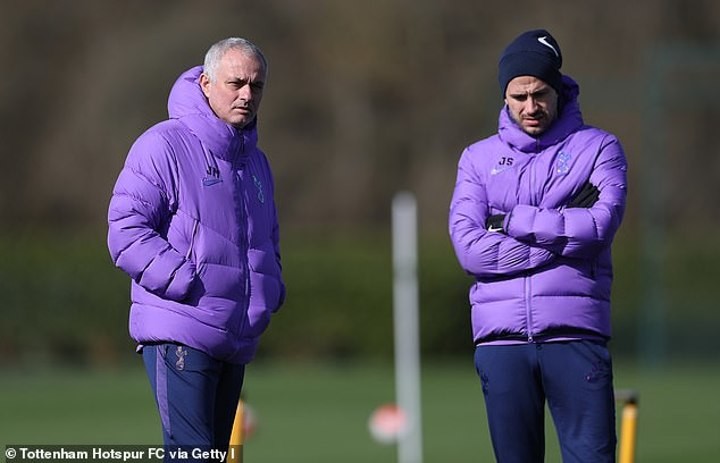 Tottenham's Amazon documentary will be released as planned this summer even if the season has not been completed or is declared null and void.

Sportsmail has learned that the production team are confident that they already have enough material for the eight-part All or Nothing, which is scheduled to be broadcast at the end of July, with the only remaining question being whether the final episode concludes with the suspension of the season due to coronavirus or are able to film a resumption of the season featuring Tottenham's final matches.

Amazon's crew continued to film at Tottenham's training ground until they were locked down by the government earlier this week, capturing footage of Son Heung-min reporting for duty after 14 days of self-isolation following his trip to South Korea for arm surgery, as Jose Mourinho's players remained in training longer than their London rivals.

Given the absence of live sport for what could be several months, Amazon are expecting bumper viewing figures for the Tottenham documentary.

Tottenham have endured a disappointing season and are eighth in the suspended Premier League table, but there has been no shortage of incident at the club.

Amazon's first episode will feature unseen footage of Mauricio Pochettino's shock sacking last November and replacement the following day by Mourinho, whose 7am arrival at the training ground was filmed.

They also captured the aftermath of Eric Dier climbing into the stands to confront a Tottenham fan who was abusing his brother during their FA Cup defeat to Norwich on penalties.

Other lowlights include a Carabao Cup defeat by League Two Colchester in September, and a 7-2 Champions League loss at home to Bayern Munich in October.