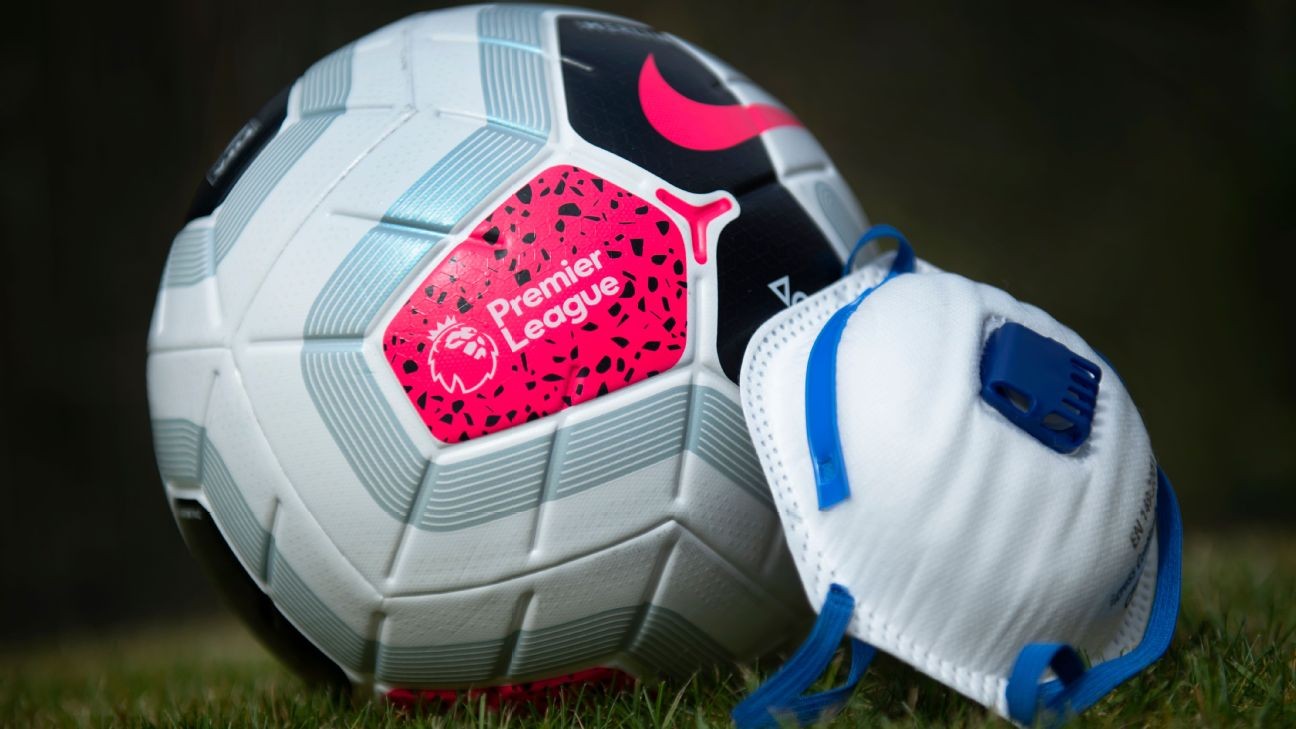 Two people from two clubs have tested positive for coronavirus after a second batch of testing, the Premier League confirmed on Saturday. It takes the number of positive tests to eight from England's top-flight clubs, whose players returned to limited group training on Tuesday.

"The Premier League can today confirm that on Tuesday 19 May, Thursday 21 May and Friday 22 May, 996 players and club staff were tested for COVID-19. Of these, two have tested positive from two clubs," the statement said.

"Players or club staff who have tested positive will now self-isolate for a period of seven days."

The league said it would not be providing details of the identities of the two new positive tests, but did add that the number of tests available to each club was increased from 40 to 50.

On Tuesday, the Premier League confirmed six positive tests -- from three clubs -- out of 748 that were administered on players and staff. Per protocol, no player can train without being tested and testing will be conducted twice a week at each club.

Watford announced that three people, one of whom is defender Adrian Mariappa, came from their club and that all would self-isolate for seven days, in line with league guidelines. Manager Nigel Pearson also confirmed that two other players are self-isolating after coming into close contact with people who tested positive.

Meanwhile, Burnley confirmed in a statement earlier that day that assistant manager Ian Woan tested positive and was recovering at home.

Professional football has been suspended in England since March 13 because of the coronavirus pandemic. The British government has permitted a resumption from June 1, but Premier League clubs are yet to to agree upon a restart date.

Venues for games, safety issues and the prospect of relegation being decided by average points per game if a return date cannot be finalised by a 14-6 majority of the 20 clubs are among the reasons for the lack of resolution.

Another round of tests are scheduled to take place on Monday and Tuesday. All 20 clubs will hold a meeting on Wednesday to decide whether they can move to phase two of the restart and allow full-contact training.

Speaking on Friday, chief executive Richard Masters said the league was "as confident as we can be" about games being [played next month, but added that there is a long way to go.

"We wouldn't have taken the first step to get back to training if we weren't convinced we had created a very safe environment for our players," he said.

"It is the first step and we have to be sure when we go to contact training we have completed those processes."

Britain's death toll from the coronavirus pandemic is the highest in Europe, with an official figure of 36,675 as of Saturday.

Germany's Bundesliga returned to action last week with matches in empty stadiums and strict safety protocols, while Spain's government on Saturday gave the go-ahead for La Liga to resume from June 8.