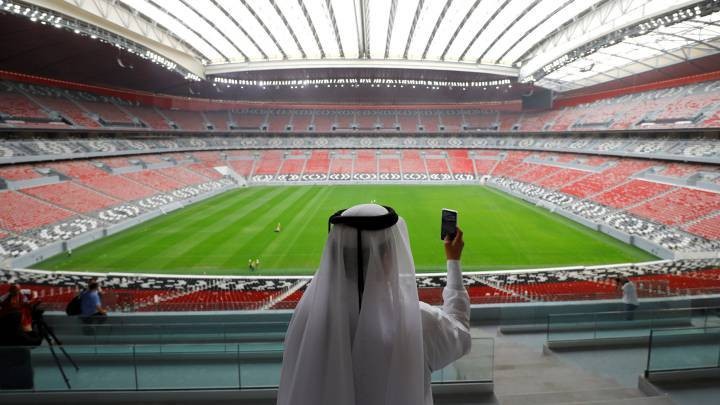 The Club World Cup 2020 is due to be held in Qatar in December, but the Covid-19 pandemic has raised questions about which teams will be involved with competitions on hold.

With football around the globe shut down at the moment due to the Covid-19 pandemic, questions are being raised about the Club World Cup 2020, scheduled to be held in Qatar. With domestic and continental club competitions on ice as countries focus on dealing with the coronavirus it is difficult to know exactly how the clubs will be picked to take part in the Club World Cup in Doha, which is scheduled for December this year.

Last year Qatar successfully organised the Club World Cup, with European Champions Liverpool winning the trophy in the Khalifa International stadium, one of the venues that will host the World Cup 2022 in Qatar.

Qatar’s Supreme Committee for Delivery and Legacy, responsible for running the projects that will deliver the World Cup, is continuing with the preparations for holding the second Club World Cup in the country, with the inauguration of one of the stadiums from the list of those now ready for the World Cup: Education City, Al-Bayt and Al-Rayyan.

The current circumstances however, with the Covid-19 pandemic having shut down football around the planet, means nobody can predict what will happen with the Club World Cup, only six months before it is due to start. The European Champions League has been suspended, it’s not clear who will take the African Champions League title, and the other continental club competitions are also in limbo – while in Qatar the league is suspended, with Al-Duhail and Al-Rayyan both fighting for top spot, and with no mechanism agreed to decide who will be named champions and given the honour of representing the Qatar Stars League as the most recent winners.

With this backdrop, FIFA have yet to make a statement on any decision to suspend the Club World Cup in Qatar in 2020. The Supreme Committee is also yet to make a statement, and the approach to be followed at the moment appears to be to avoid taking hasty decisions, particularly if these are connected to the continental and national competitions currently suspended.

What does appear likely is that the Club World Cup next year will not be suspended next year, but postponed, meaning the 24 teams will take part as set out by FIFA recently. Therefore, if the Club World Cup is not held in Qatar this year the tournament will be left with a number of doubts over its future and organisation.

It is important to note that the Club World Cup 2020 is an important phase for the Supreme Committee for Delivery and Legacy, being a practice run for the World Cup 2022, making it important to hold the tournament for the experience with volunteers, security and logistical aspects, as was seen last year.