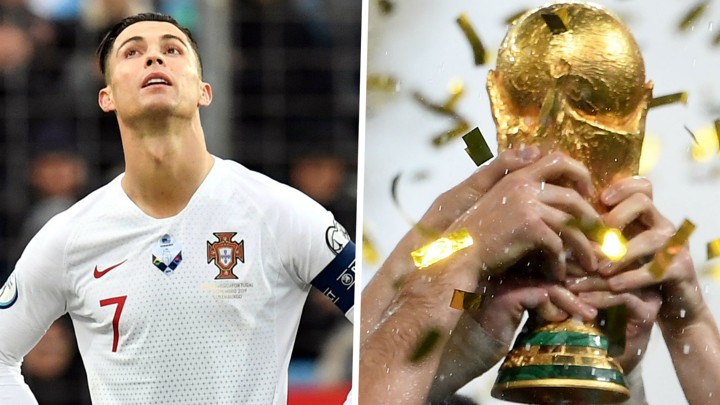 The coronavirus Covid-19 global pandemic has ground the biggest and most lucrative competitions in world football to a complete halt, with uncertainty reigning over when 'normal service' will resume.

Serie A, La Liga, Ligue 1, the Bundesliga and the Premier League have all been postponed, as have UEFA's flagship club tournaments the Champions League and the Europa League.

Euro 2020, which was due to take place this summer, was also directly impacted as UEFA was left with little choice but to defer the tournament until 2021.

However, it is not only the immediate football calendar that could be affected by the pandemic, with the ripple effect reaching into the future.

While it is still over two years away, World Cup 2022 in Qatar has already been impacted by the Covid-19 pandemic, with a number of qualification games getting postponed.

These postponements, along with other rearrangements to continental tournament schedules, mean that a nightmare awaits organisers trying to fit their matches into a calendar which will also include club football.

Essentially, then, the problem to contend with in order for the 2022 World Cup along with its qualification cycle to proceed in timely fashion is fixture congestion.

The South America qualifiers, featuring Lionel Messi's Argentina and Neymar's Brazil, were due to kick off at the end of March 2020, but CONMEBOL and FIFA decided that the first two matchdays be rearranged.

That means the first qualifiers in South America will kick off in September, should the world get the virus under some sort of control by then, and time will have to be found at a later date to fit those deferred games.

And more rejigging could possibly be necessary in 2021, with the rescheduled Copa America due to kick off just a matter of days after the early June CONMEBOL qualifiers (matchdays 11 and 12).

The Asian qualifiers for the tournament have already kicked off, but matches that were scheduled for March were pushed back, with FIFA hopeful that they will be played in June, though that timeframe is not certain.

European qualifiers are ostensibly due to get under way in March 2021, after the 2020-21 UEFA Nations League, but at least two matchdays will be moved following the deferment of the European Championship.

As well as on-pitch considerations when it comes to fitting in qualification matches and completing all the continental campaigns for a place at Qatar 2022, there are off-field concerns regarding stadium construction.

The Guardian reported in March that it was "business as usual" for construction workers in the Gulf country, despite government-mandated restrictions on mass gatherings in response to the pandemic.

Construction work has been deemed 'essential' in a lot of countries and sites continue to stay open, but pressure is building from various quarters on authorities to close them.

Indeed, some projects across the world have temporarily been put on hold, while many workers have aired grievances regarding their working conditions, which are exacerbated by the threat of the virus.

There were over 500 confirmed cases of coronavirus in Qatar at the end of March according to the World Health Organisation, and, should the situation deteriorate in the country, there could be calls for work to stop.

Of course, the situation for migrant workers building the stadiums for the 2022 World Cup is already very difficult and the idea of refusing to work is something that few can seriously contemplate.

The 2022 World Cup in Qatar is scheduled to begin on November 21, 2022, and it will run until December 18. Many media predicted that it could be Ronaldo & Messi's last chance to fight to claim the biggest title of the world.

It is the first time that a World Cup has been held during this period, with the tournament normally taking place in June and July.

While the switch of date was driven by health concerns relating to the summer temperatures in Qatar and was a source of annoyance for many, it may turn out to be a useful change in light of the Covid-19 pandemic.