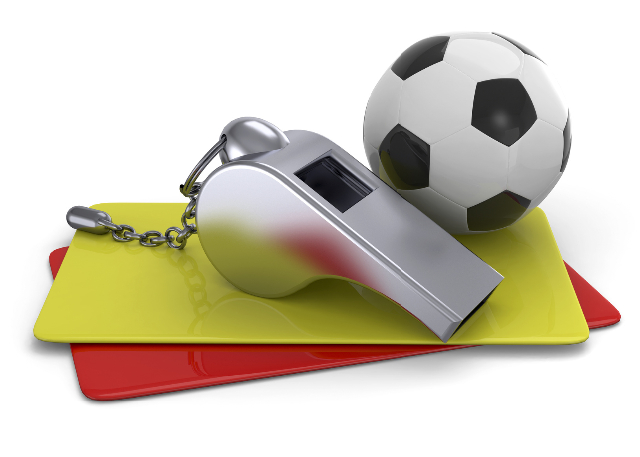 Massive corruption allegations have rocked the Referees Association of Ghana (RAG) after FIFA was 'tricked' to award badges to Ghanaian officials under 'fictitious' circumstances to make practical nonsense of the famous Anas exposé.

The referees welfare body is under siege for misleading the Normalisation Committee in sanctioning referees for the FIFA badge.

RAG has been embroiled in allegation of nepotism, cronyism, nationalism and tribalism amid widespread corruption within the body.

It has now emerged that processes leading to the sanctioning of officials for the FIFA badge was done under bizarre and shocking circumstances.

The referees body is under mounting pressure to explain the circumstances leading to the approved list by the interim Ghana FA body.

Former Ghanaian referee Silas Okine is alleging widespread corruption in the selection process. He claims the process was flawed and punctuated with several infractions.

"The list is bogus. I have petitioned the Normalisation Committee to withdraw the list. It's fictitious," he fumed on Asempa FM

"The Normalisation Committee was misled by the Referees Association of Ghana (RAG) and its important we draw their attention to it.

"Many of those on the list do not qualify to be there. For instance, division one newbies have shockingly been handed FIFA badges. The FIFA law is clear on who qualifies to wear the badge.

"If I don't get a response from the Normalisation Committee in two weeks, I will petition FIFA."

Charles Bulu, Abdul Latif Qadiri, Benjamin Kwame Sefah and George Mawuli are new addition in the men's category with Mary Tei the only woman to be handed a new FIFA assistant badge.

The soccer community in Ghana was left in outrage after a documentary showed around 100 referees and officials allegedly taking bribes.

Among the officials implicated by the documentary were several high-profile Ghanaian referees who have been left in the cooler after the explosive investigative piece by Anas Aremeyaw Anas.

It appears if the officials are not withdrawn, it will make practical nonsense of the scandal that was enough for the Ghana FA to be dissolved, plunging football in Ghana into crisis.