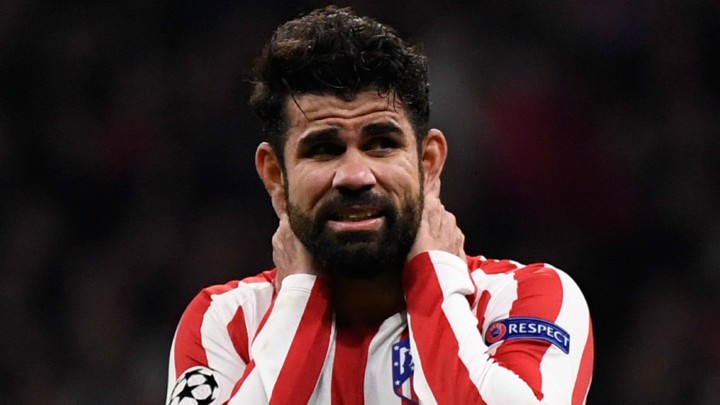 According to a court filing, the Spain international is accused of defrauding the state of more than €1 million by not declaring payments of more than €5.15m (£4.6m/$6.8m) following his move to Chelsea in the summer of 2014.

The 31-year-old is also accused of failing to declare image rights of more than €1m.

Prosecutors in Madrid want Costa to be given a six-month prison sentence and a fine of more than €500,000.

However, Spanish law allows sentences below two years for non-violent crimes to be exchanged for a fine. So if found guilty, Costa would avoid prison if he paid an additional fine of €36,500.

Costa left Atletico for Stamford Bridge after the London club agreed to meet the £32m ($40m) buy-out clause in his contract in July 2014.

He scored 59 goals in 120 appearances for the west London club, winning two Premier League titles and the League Cup. However, he departed the team under something of a cloud after falling out with Blues manager Antonio Conte.

Atletico eventually agreed a deal to re-sign the forward in September 2017 but, as the deal was agreed outside of the transfer window, he could not feature until the start of 2018 - coinciding with the lifting of Atletico's FIFA-imposed registration ban.

He helped the club to Europa League and Super Cup success in 2018, but has struggled to replicate his earlier goalscoring form in his second spell for Los Rojiblancos.

He has failed to reach double figures in each of his three seasons back, scoring just two goals in 19 appearances so far this term.

Costa's court date is just a week before La Liga is scheduled to return following the coronavirus shutdown.

The league was suspended in March because of the pandemic, but organisers hope action can begin again behind closed doors on June 11, starting with the derby between Sevilla and Real Betis.

Atletico are currently sixth in the table, 13 points behind leaders Barcelona.