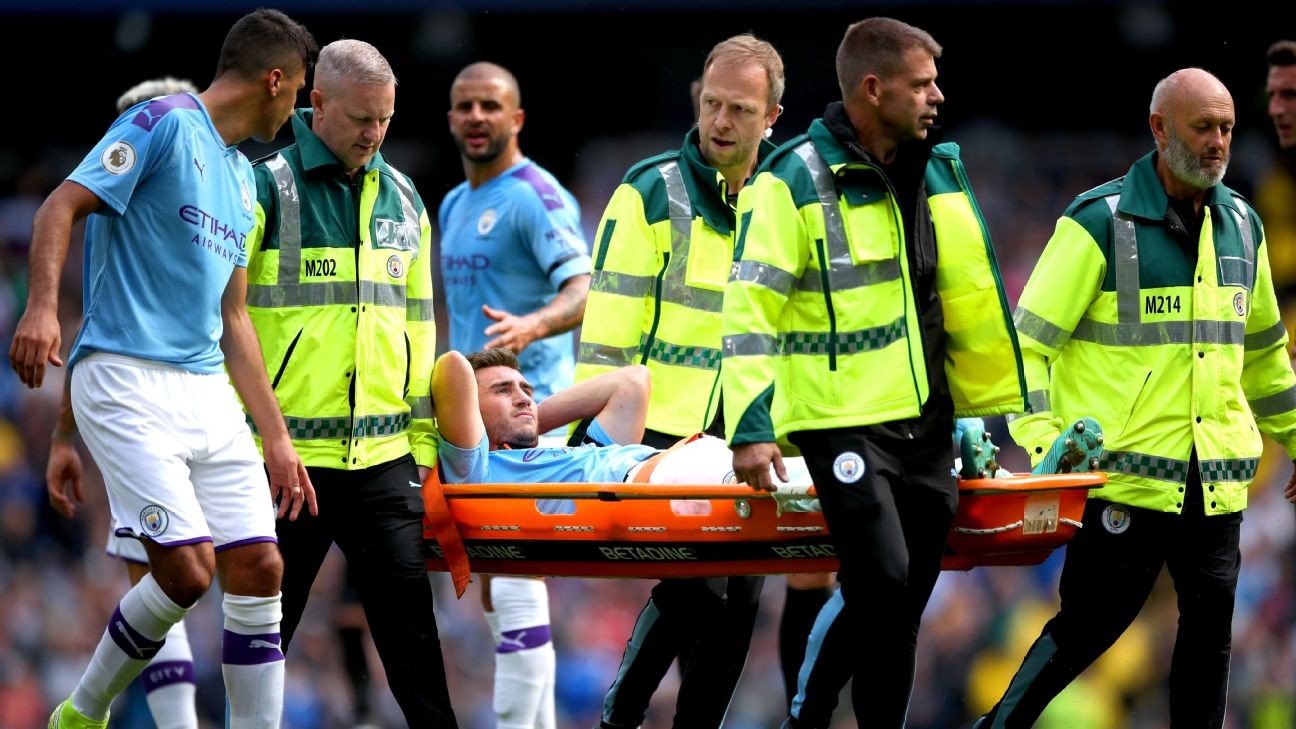 The FC guys examine Man City's defensive options with the possibility that Aymeric Laporte could miss an extended period of time with a knee injury.

Doing a fair impersonation of invincibility, Manchester City resume their quest for a third successive Premier League title at Norwich on Saturday.

Surprisingly, they have been held to 0-0 draws at Carrow Road on their last two league visits. You could get rich putting money on a repeat of that scoreline this time around.

The newly-promoted Canaries, a bold bunch, are quoted at 20-1 by bookmakers to win this weekend and that is a realistic assessment of their chances given the lethal attack of City and their own porous and inexperienced defence.

Nothing we have seen suggests any club other than Liverpool can possibly keep pace with Pep Guardiola's smooth operators. The recent 2-2 draw between Arsenal and Spurs, while thrilling, highlighted the flaws in both teams. Chelsea are easy on the eye but suspect defensively, and Manchester United look short of a creative No. 10 and a prolific goal scorer.

But might there just be one nagging worry for City? Aymeric Laporte's nasty knee injury, which will rob them of their first-choice central defender for four months, restricts options in a key area. It leaves John Stones and Nicolas Otamendi holding the fort and neither were automatic selections last year; Stones played 24 and Otamendi appeared in only 18 of 38 league games. Those statistics suggests neither are totally trusted by Guardiola, though he must tell us he has unswerving devotion to both.

City fans must be wishing they still had their inspirational leader Vincent Kompany to call on, but he has left for Anderlecht. Other options include the immensely talented but untried youngster Eric Garcia or, more likely, pushing defensive midfielder Fernandinho back into the defence. Even left-back Oleksandr Zinchenko can play more centrally at a push.

Aymeric Laporte's injury could prove crucial in what looks to be another tight Premier League race.

But this is not an ideal situation for a team likely to be allowed few slip-ups by a Liverpool side that lost only once last season.

Guardiola will certainly be keeping his fingers crossed for no further injuries in this area. Having pointed out that issue, it is more than probable that even if City do concede a few more goals with Laporte out, they will usually still score enough at the other end to keep winning.

Meanwhile, Liverpool have made a 100% start and show signs of hitting even higher gears. The sideline tantrum by Sadio Mane at Burnley though was surprising. He was apparently fuming about Mohamed Salah's greedy refusal to set him up when far better placed to score.

Was the incident a storm in a teacup, a little creative tension between fired-up players? Or was it a sign that the relationship between these two excellent strikers is a little strained? Liverpool manager Jurgen Klopp, of course, insists all is "cool," to use his favourite word.

In any event, it need not be a big deal. When Manchester United won their Treble 20 years ago, strikers Teddy Sheringham and Andy Cole famously never spoke to each other off the pitch. There is nothing in the players' contracts that says they have to like one another. But it helps if they do.

In truth, we might be reaching at straws to find holes in two title-chasing teams when none actually exist.