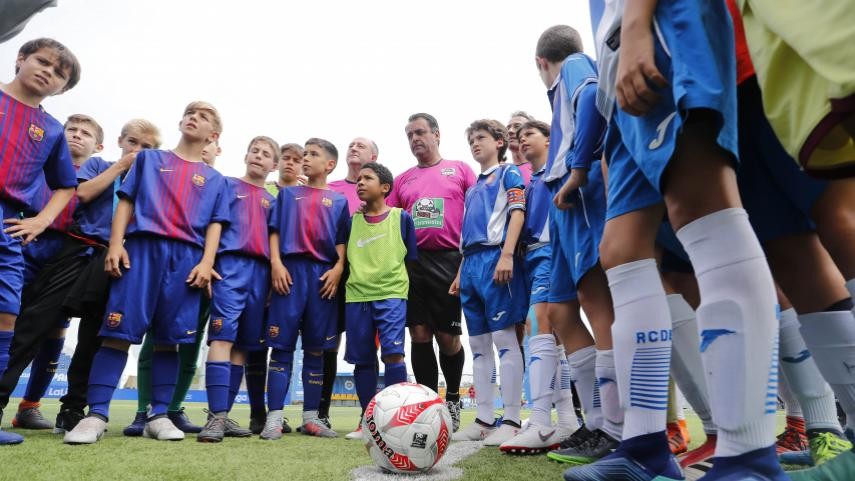 Once again this year, the PAMESA Ceramica Training Ground (Vila-real, Castellon) is set to play host to world football's stars of the future between 14 and 16 June. The prestigious LaLiga Promises youth tournament provides a stage for fledgling talents who harbour dreams of playing at the top level and whose considerable class, technical ability and flair means that they're guaranteed to wow the crowds. The starlets will be seeking to follow in the footsteps of the likes of Fernando Torres, Andres Iniesta, Sergio Canales and Cesc Fabregas, all of whom showcased their talents in previous editions of the tournament.

The opening ceremony and a parade featuring all 20 participating teams will take place on 13 June as the curtain is raised on the 26th PAMESA LaLiga Promises National Tournament 2019.

Camaraderie, teamwork, sacrifice, fight, competitiveness and plenty of football will once again take centre stage in the 26th PAMESA LaLiga Promises National Tournament 2019. One of the leading Under-12 tournaments in Spain, the competition will see all 20 LaLiga Santander teams from the aforementioned age category pit their wits against each other over the course of three intense days.[R1]

Bolstering this year's lineup[R2]  are the youngsters from SD Huesca and R. Valladolid CF, with both clubs poised to make their tournament debuts, whilst Rayo Vallecano return following a two-year absence.

In last year's competition,FC Barcelona were crowned champions after prevailing over RCD Espanyol in one of the most entertaining and thrilling showpieces in the tournament's history as the all-Catalan derby provided a fitting end to proceedings. What lies in store this time round?

Be sure to keep a close eye on LaLiga's official channels, where you'll be able to follow the on- and off-field action as it happens, whilst live coverage will also be available via Spanish TV's GOL Television.