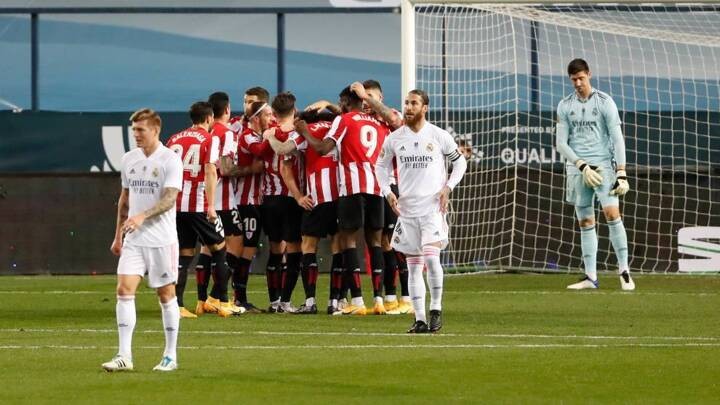 Thibaut Courtois wasn't pleased with some of the decisions made by referee Juan Martinez Munuera during Thursday's defeat to Athletic Club in the Supercopa de Espana.

The Real Madrid goalkeeper went through what happened for both of Athletic's goal, blaming the officials for the second one.

"We have a philosophy of playing out from the back and sometimes you need to drop deeper," Courtois told Movistar on the first goal.

"It's not an excuse, it's our style of play. The first goal is an [from] an unfortunate pass that can happen and the second goal comes from an offside before the corner.

"Then there's also another one [possible handball by Unai Nunez] that is a penalty.

"[Athletic's second goal] is a moment that defines the game, because it was offside. We played better in the second half but couldn't get the equaliser.

"We're disappointed, we wanted to win and play in the final and obviously defend the title that we won last year, but it wasn't to be."