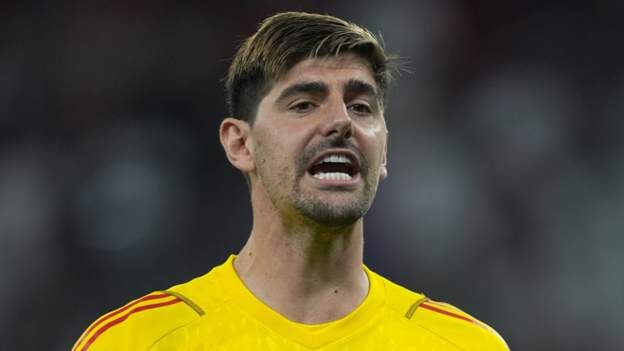 Belgium suffered a surprise 2-0 defeat by Morocco on Sunday and are third in Group F with one game remaining.

The second-ranked side in the world must beat Croatia to ensure they reach the knockout stages, but Courtois says there are no problems in the squad.

"A lot of things have been said but we want to give everything we can on the field on Thursday," said Courtois.

"The aim of the invented stories is to create a bad atmosphere within the squad. We have to put the negativity to one side and just focus on the positive to prepare for the match."

Belgium, who scored 14 goals in six games on the way to the World Cup semi-finals four years ago, have managed only one in their first two matches here, in the opening win over Canada.

Coach Roberto Martinez has spoken about tension in the squad, and the players held a clear-the-air meeting on Monday following the Morocco game.

Courtois added: "There were lies that came out of the dressing room. Things that don't even exist.

"The main problem is seeing things on social media or in newspapers. I didn't feel like there were problems.

"It's good to have had this moment to sort things out. The best thing to do is to be honest together."