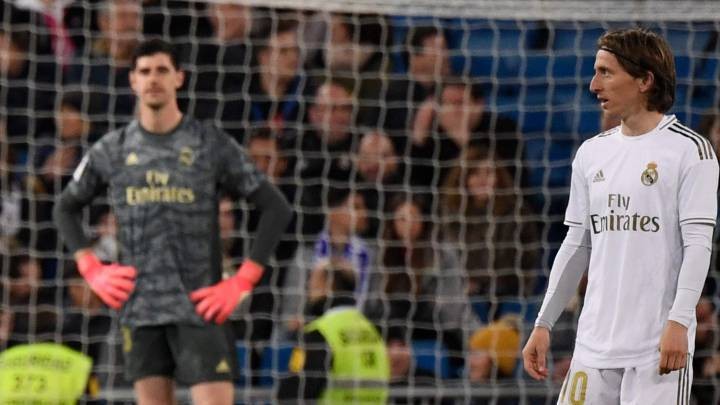 The Belgian keeper spoke to the media after Los Blancos disappointingly dropped points following a late Celta equaliser at the Bernabéu on Sunday night.

Thibaut Courtois expressed his frustration in a flash interview with Spanish broadcaster Movistar as Real Madrid dropped precious points at home against Celta Vigo, who found a late equaliser through Santi Mina.

Feelings after game: "Angry because we conceded a [second] goal. It was a difficult game because they started by scoring a goal early on. They defended well with 11 men and then I made a good save to keep the score at 0-1. Then in the second half, we scored two fast goals but in the end we’ve lost points that are worth a lot at home.”

On Celta's late equaliser: "We defended well but Denis [Suarez] made a good turn and made space for Santi Mina, who put the ball away well. It's two points lost today and that leaves a bad taste in the mouth.”

On return of Hazard: "Little by little he will find his rhythm after almost three months out. Surely he will get better and help us against Levante.”