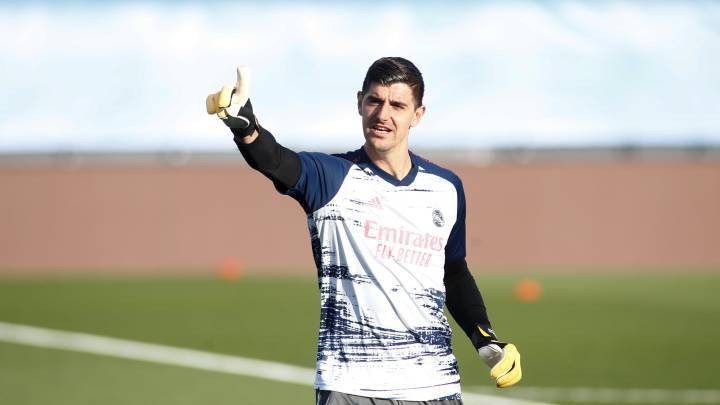 The Belgian goalkeeper, who once again performed well against Cádiz, sent out a message of optimism on his social media accounts.

Thibaut Courtois wanted to send a message of encouragement on a difficult day for Real Madrid, after the unexpected defeat against Cádiz at the Estadio Alfredo Di Stéfano on Saturday. “Learn and move on. You can trust this team!”, Wrote the Belgian on his social media accounts. He closed the message with a #HalaMadrid.

The goalkeeper is one of the players who has not been singled out after falling at home against newly-promoted Cádiz. He could do very little for Lozano's goal and before and after the only goal of the goal, he had saved his team with some impressive stops.

Courtois started this season in the same vein of form as in the 2019-20 campaign and is currently one of the most reliable players that Zinedine Zidane has in his squad. Similarly, those good performances have given him a stronger voice in the dressing room, as his teammates appreciate how important it is to have such a reliable goalkeeper.

The 28-year-old's message on social media is important. Madrid players are aware of the doubts that have crept in for fans of the club, especially now after a transfer window with no new signings and less than convincing start to the new season. Despite this, Courtois is asking for trust and patience for the upcoming matches, which sees them travel to Barcelona for El Clásico on October 24.