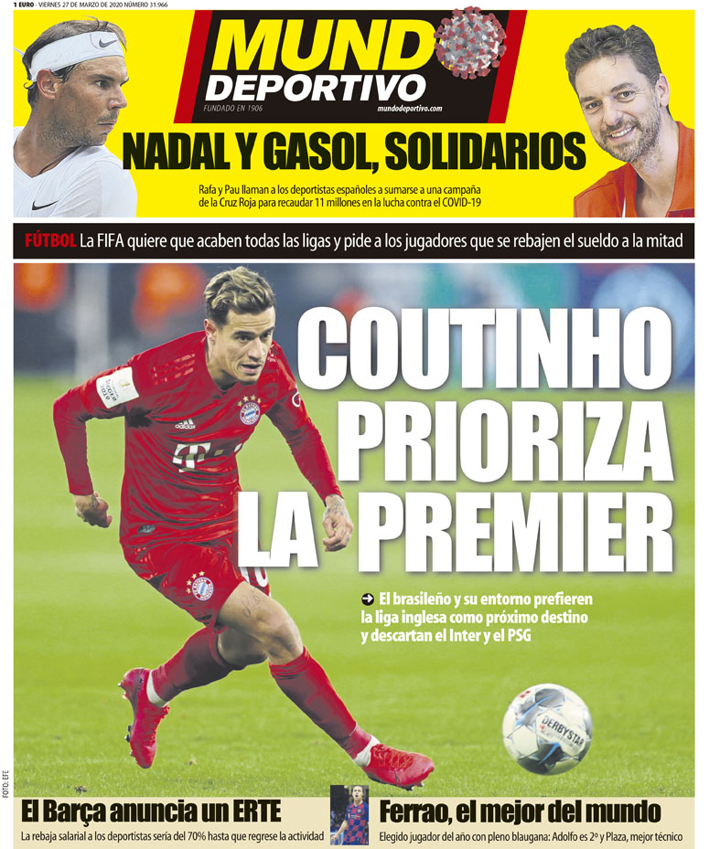 Coutinho and his representatives prefer returning to Premier League and rules out Inter and PSG, according to MD's cover.

Last summer, Barca reached an agreement with Bayern for a loan move and the deal included a 120m euro purchase option.

However, Coutinho hasn't impressed in Germany and the Bundesliga side are not willing to trigger the aforementioned clause.

As MD report, The Premier League is a possible future destination for Coutinho, who spent his most productive seasons in England with Liverpool.

And Coutinho prefers the Premier League since he is familiar with the pace there. Inter and PSG are not his first choice.

Meanwhile, several clubs, including Chelsea, Manchester United and Tottenham, have placed them on their radar since last season.