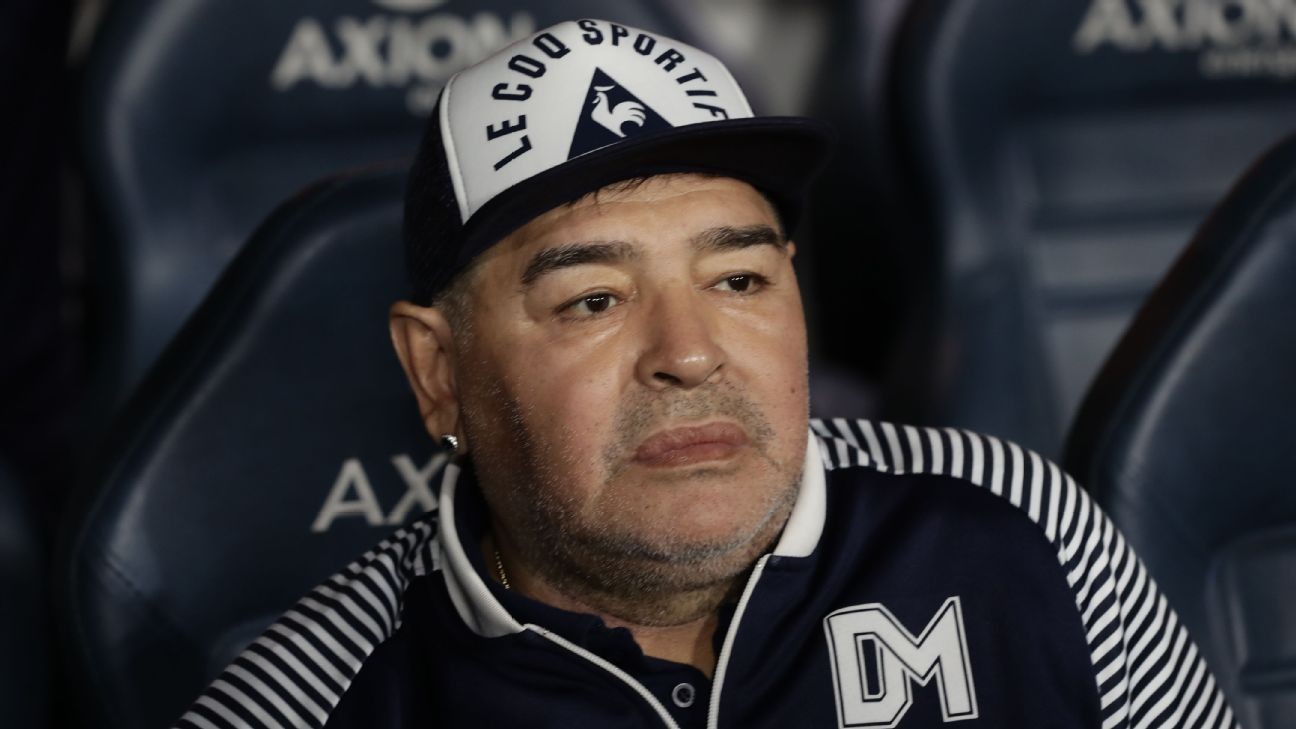 Diego Maradona is considered to be at risk from the virus due to his age and medical history. Photo by ALEJANDRO PAGNI/AFP via Getty Images

Gimnasia De La Plata coach Diego Maradona has been advised to sit out the first three weeks of training as a precaution to avoid the risk of becoming infected with the coronavirus.

Argentina's top division clubs will return to training this week, however, 17 players have tested positive for coronavirus after tests carried out by the Superliga clubs.

"My advice is that in this first stage Maradona doesn't go to training," Gimnasia doctor Pablo Del Compare said.

"Maradona is in the risk group. He has many [risk] factors such as overweight, hypertension, he recently had an operation and he is close to 60 years old.

"We have advised him not to come in the first stage.

"Maradona hasn't had the swabbing done. He will probably have it done on Tuesday. We are talking to his personal doctor."

Maradona, 59, has battled a series of health issues since ending his playing career in 1997.

In 2004, he was hospitalised with severe heart and respiratory problems related to a long battle with drug addiction.

He has also undergone two gastric bypass operations to control his weight and received treatment for alcohol abuse.

Maradona signed a contract extension to continue at the helm of Gimnasia until December 2021.

After a spell in Mexico with Dorados, he was appointed Gimnasia coach in September.

The Argentina Football Association cancelled all competitions including the Superliga on April 27 due to the coronavirus pandemic.

Gimnasia were fighting to avoid the drop before the season was called off. They will remain in Argentina's top flight for the next two seasons.