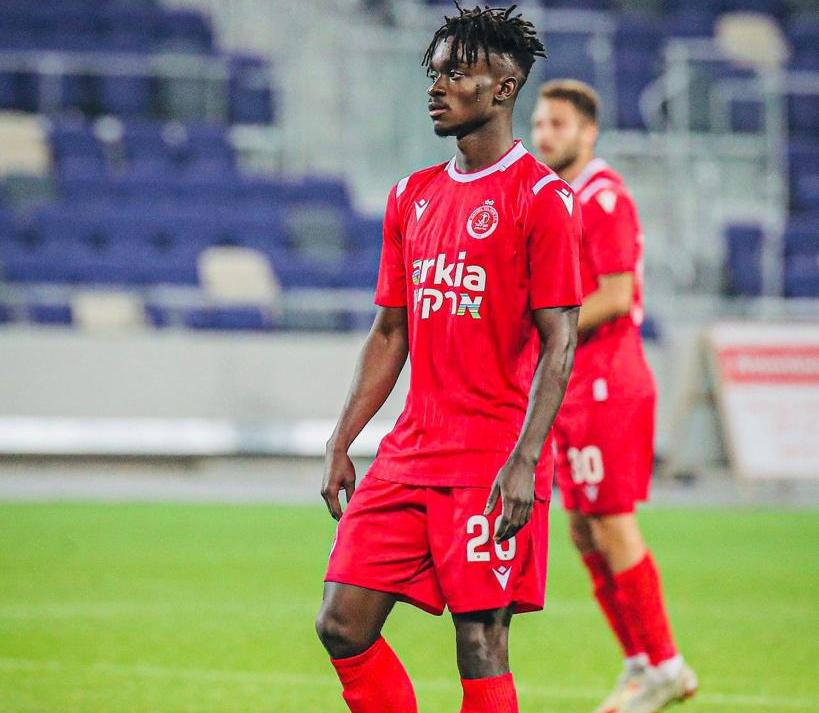 Midfielder Emmanuel Boateng featured for Israeli side Hapoel Tel Aviv in their 3-0 win over Hapoel Ashkelon on Tuesday in a Covid-19 friendly as the Ligat ha'Al prepares to resume.

The 22-year-old played for 65 minutes in the test match which was played in three halves  of 35 minutes each.

''It was surreal to be honest especially playing without fans and having to observe the Covid19 protocols as well,'' the former WAFA SC and Aduana Stars player told GHANASoccernet.com.

''I was not really nervous because, I really missed playing so it was also an opportunity to enjoy what I love doing.''

Boateng and his teammates will face Maccabi Haifa in the Championship Round of the Israeli top-flight which returns on 30 May, 2020 without fans.

The versatile player reveals the strict protocols to be observed by players and officials during this period.

''We have been told not to go the beach and the malls because when you are seen outside, there's fine for the player and the club,'' Boateng added.

During the regular season, Boateng made 18 appearances.