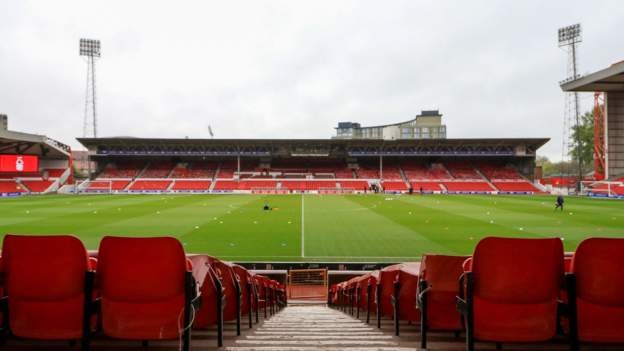 The game was due to be played at Villa's Bodymoor Heath training ground.

"This was the only decision that could be made in the circumstances to protect the welfare of players and staff," Forest boss Chris Hughton said.

"I would like to thank Dean Smith and Aston Villa for their understanding."

The Covid cases were identified as part of Forest's on-going testing programme - and those affected are now self isolating.

Forest are due to kick off their new season with a trip to Coventry on Sunday, 8 August, although before then they have a friendly with Burnley at the City Ground on Saturday, which will now have to be considered.

Villa are scheduled to start the new Premier League campaign at Watford on Saturday, 14 August.