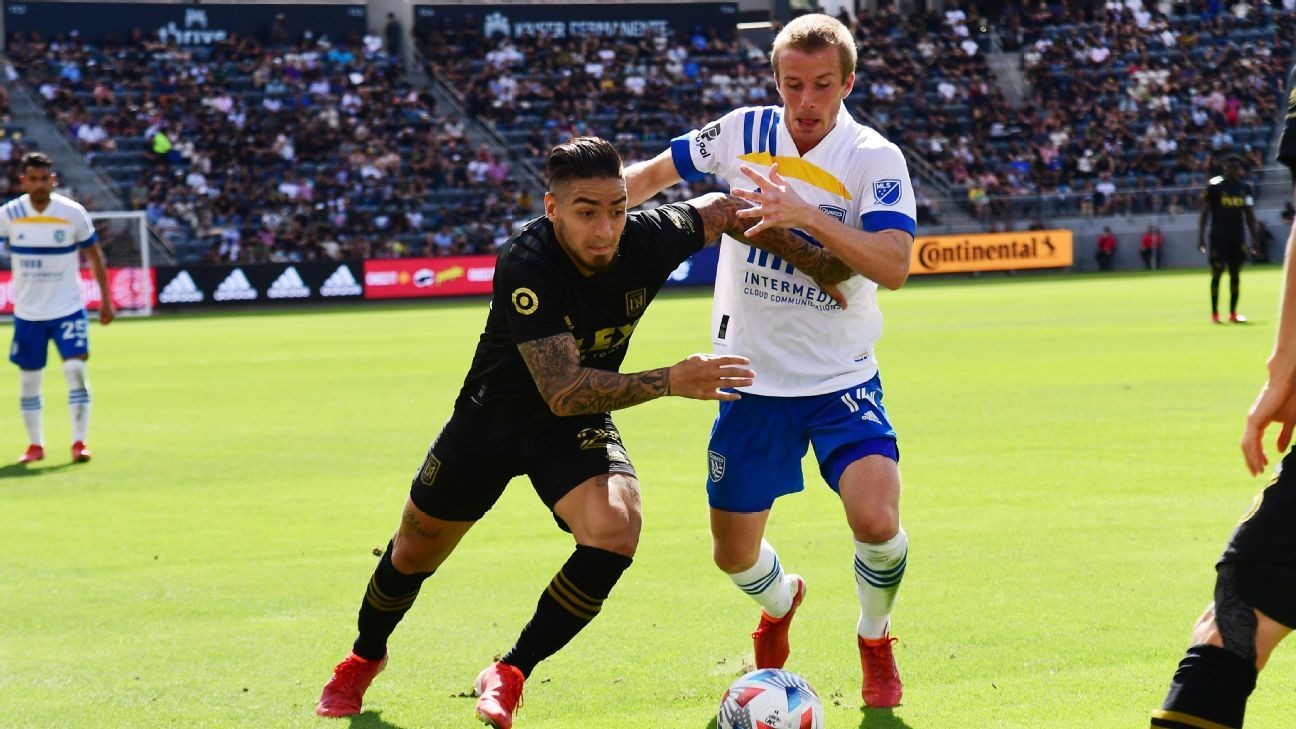 Cristian Arango scored two goals and added an assist Saturday as LAFC earned a 3-1 victory over the visiting San Jose Earthquakes to move closer to a playoff spot at the start of a busy stretch to close out the regular season.

Danny Musovski also scored for LAFC (10-12-7, 37 points), who ended a four-game winless streak (0-3-1) prior to the just-completed international break. The club is still just outside the seventh and final playoff spot in the Western Conference.

LAFC goalkeeper Jamal Blackman had five saves for LAFC, while Earthquakes goalkeeper JT Marcinkowski had two saves. Carlos Fierro scored a goal for San Jose (8-12-9, 33 points), which saw its losing streak extend to three games, while getting outscored 9-2 in that span.

Both teams started an imposing stretch of six games in three weeks to close out the regular season, with LAFC trying to make the playoffs for the fourth time in their four MLS seasons.

LAFC showed their urgency when Musovski scored off a back-heel pass from Arango less than three full minutes into the game. It was Musovski's fourth goal of the season.

Arango gave LAFC a 2-0 lead in the 28th minute after first earning a foul in the penalty area from San Jose's Jackson Yueill. Arango followed by making a shot from the penalty spot.

The Earthquakes broke through in the 61st minute when Carlos Fierro used his chest to redirect a corner kick from Javier Lopez on goal. Lopez's corner kick found its way through traffic in front of the LAFC goal to Fierro near the back post.

Arango's second goal came on a two-on-one break with Brian Rodriguez in the 88th minute, as he put Rodriguez's centering pass on goal with his right foot. It was his eighth goal in 12 games this season.

LAFC won despite playing without star forward Carlos Vela, who returned to practice this week but still missed his ninth consecutive game with a hamstring injury.