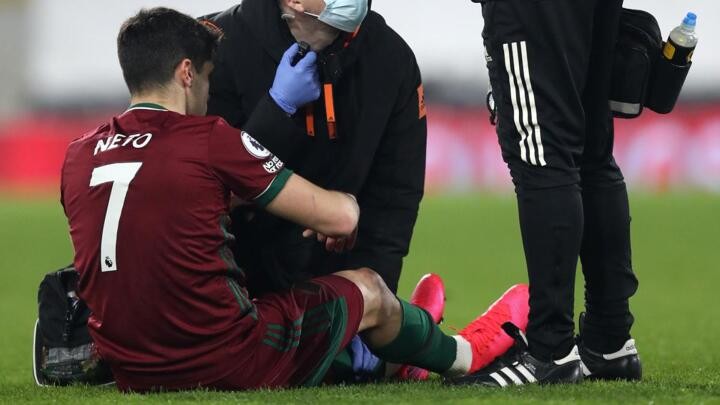 Wolves forward Pedro Neto made his international breakthrough with Portugal earlier this campaign but his season is over due to a knee injury.

Pedro Neto will miss the rest of the Premier League season for Wolves, with knee surgery placing the Portugal forward's Euro 2020 participation in doubt.

Neto was substituted during Wolves' 1-0 win at Fulham last Friday and visited a specialist in London to assess the extent of the damage to his knee cap.

The 21-year-old winger will require surgery, planned for later this week, that is expected to see him play no further part for Nuno Espirito Santos' men this term.

He scored five goals and supplied six assists in 31 Premier League appearances, having started all but one of Wolves' top-flight games in 2020-21 and featured in each of them.

Neto made his senior international breakthrough with Portugal this season, scoring on his debut against Andorra last November before winning caps in last month's World Cup qualifiers against Azerbaijan and Luxembourg.

Another of Wolves' Portugal contingent, Ruben Neves, is self-isolating after testing positive for covid-19.

Nuno's side are 12th in the table and take on bottom club Sheffield United this weekend.

Portugal begin their campaign at the rescheduled Euro 2020 versus Hungary on June 15 and the holders must navigate a tough group alongside world champions France and Germany.