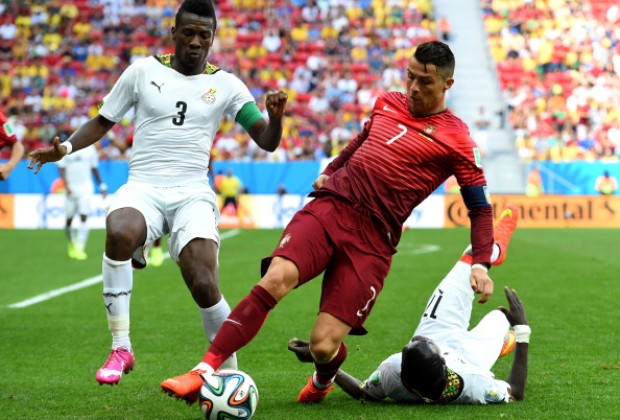 Iconic Ghana striker Asamoah Gyan has lost his record as the player to have scored in most international tournaments after being surpassed by Portuguese superstar Cristiano Ronaldo.

This means he has surpassed the record held by Gyan who had scored in nine different international tournaments - the first human being on earth to have achieved that feat.

The Portuguese star netted a superb hat-trick in his country's 3-1 win over Switzerland in the semi-finals of the UEFA Nations League last week.

Gyan was the first player to have scored at nine major international tournaments for his country before Ronaldo surpassed the record last week.

The former Black Stars captain has got the chance to catch up with the new record set by Ronaldo when the Africa Cup of Nations kicks off in Egypt later this month.

He is part of Ghana's 23-man squad for the tournament which starts in Egypt on 21 June.