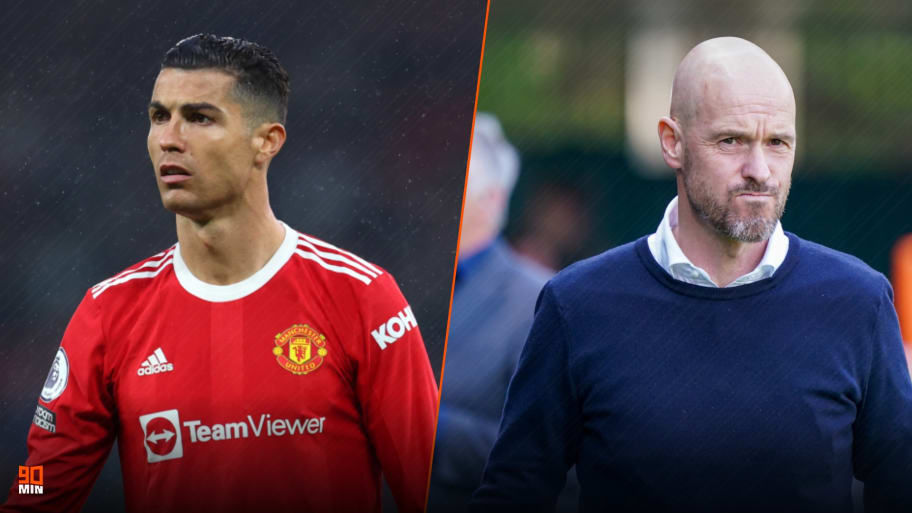 Cristiano Ronaldo has said that incoming Manchester United manager Erik ten Hag must be given time to succeed at Old Trafford.

The Dutchman was announced as the Red Devils' choice of new coach back in April, while he secured his third successive Eredivisie title as Ajax manager earlier this week.

90min recently reported on a recruitment meeting set up by Ten Hag with crucial figures behind the scenes at United.

In an interview with Man Utd's Spanish website, star striker Ronaldo said that the club must be patient with his new boss and that 'things must change' as he wishes in order to help deliver silverware.

"I know that he has done a fantastic job at Ajax, and that he is an experienced coach, but we have to give him time," Ronaldo said.

"Things must change the way he wants. If he does well, all of Manchester United will be successful, so I wish him well. We are all happy and excited [about his arrival], not only as players, but as fans as well. We have to believe that next year we can win titles."

Ronaldo's return to Man Utd from Juventus has not gone according to plan thus far, though he has still managed to rack up 24 goals in 38 games since returning to Old Trafford.

United cannot qualify for next season's Champions League and will be playing in either the Europa League or Europa Conference League instead. They currently sit fifth in the Premier League table and a top-six finish will be enough to secure a Europa League spot.