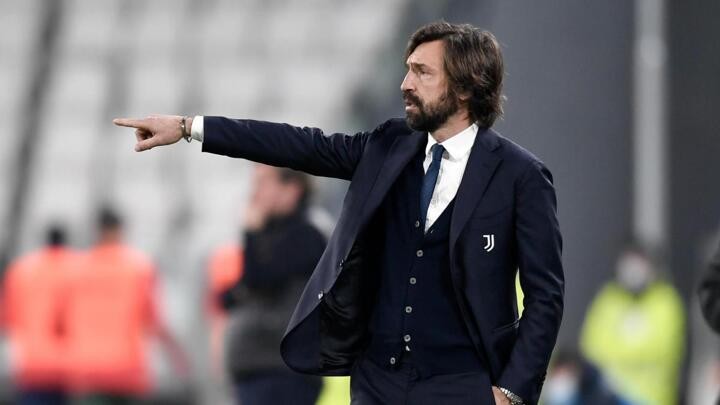 Juventus are eight points behind Serie A leaders Inter with a game in hand and Andrea Pirlo says they will fight for the title.

Andrea Pirlo vowed Juventus will "fight until the end" to retain their Serie A title after Cristiano Ronaldo scored twice in a 3-0 victory over Crotone.

Juventus back in title hunt thanks to Ronaldo

Ronaldo had gone three games without goal but headed home a first-half double as Juve claimed a first win in four matches.

Weston McKennie was also on target as the champions dominated sorry bottom side Crotone, registering 27 shots in a one-sided encounter at Allianz Stadium on Monday.

Victory for Juve moved them up to third place, eight points behind leaders Inter with a game in hand.

Head coach Pirlo was pleased with the way the Bianconeri got back on track and says they are ready to roll up their sleeves and battle in the title race.

He told Sky Sport Italia: "The last two games had left us with some nerves, then luckily we managed to straighten the situation and we managed the game well."

Pirlo added: "All the teams chasing [Inter] are genuine rivals, we will try to fight until the end."

Ronaldo was among the Juve players who were guilty of wasting glorious chances, the Portugal captain only hitting the target with four of his 11 shots, and Pirlo expects the Turin giants to be more clinical in their pursuit of more trophies.

The former Italy playmaker said: "We have created a lot, it's a pity we didn't take so many chances. The important thing is to create, the goals will come."

Pirlo picked out Rodrigo Bentancur for praise after he gifted Porto an early goal in a 2-1 Champions League defeat for Juve last week.

"The midfield did well. Bentancur played without training," the Juve boss said. "Those who played tonight did well with a positive and proactive attitude.

"Bentancur was good and deserves applause because it was not easy to return to the field after the mistake against Porto."