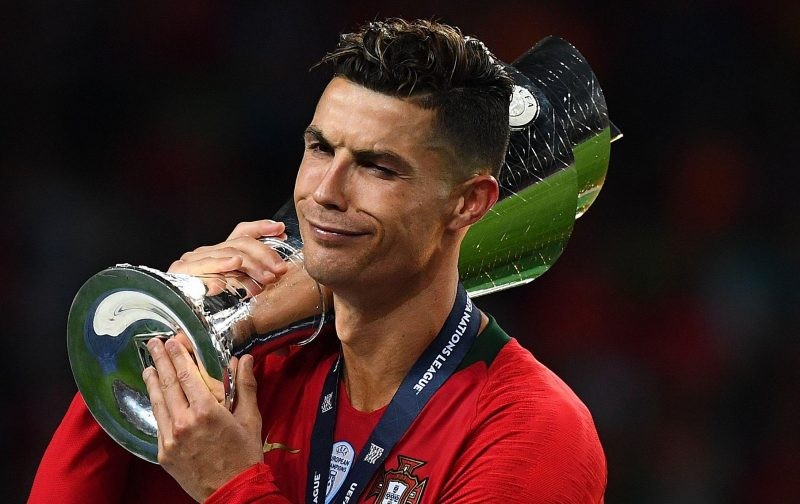 Juventus forward Cristiano Ronaldo leads the way as the top scorer in Europe in terms of international goals following a hat trick in the Nations League on Wednesday.

Ronaldo pulled well ahead of former Real Madrid legend Ferenc Puskas, but he still remains a few goals off the pace in the relation to the world goal scoring rankings.

Ronaldo’s hat trick against Switzerland moved him to an impressive 88 international goals in 157 appearances, which is four more than Puskas – 84 goals in 89 apps – and 13 more than third-placed Sandor Kocsis – 75 goals in 68 apps.

However, the Bianconeri striker is still some way off the global record set by Iranian Ali Daei who scored a remarkable 109 goals in 149 games which spanned a 13-year international career.

Comparatively, Ronaldo has scored fewer goals in more appearances over a longer timeframe, approaching 16 years, however the standard of opposition the Portuguese forward faces is consistently higher than that of Daei.

Ronaldo has managed 16 of his 88 goals at major tournaments and his goals helped his side to Euro 2016 Championship victory where they beat France 1-0 in the final.