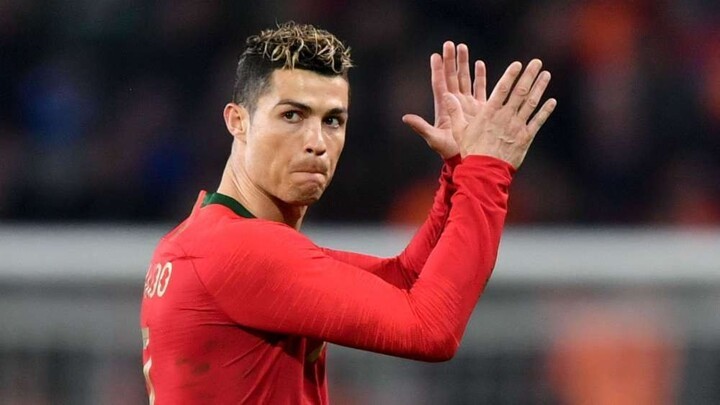 Goal takes a look at the most prolific attackers in international football, which includes a wide variety of players from across the globe.

Undoubtedly one of the best players of his generation, Cristiano Ronaldo has broken record after record during his career and he is, by some distance, Portugal's top scorer of all-time. He broke Ali Daei's record of 109 goals in September 2021 with a brace against the Republic of Ireland.

The record for most international goals in men's football belongs to Ali Daei, who hit 109 goals for Iran in 149 appearances between 1993 and 2006. The striker's career saw him line out for the likes of Bayern Munich, but he enjoyed much of his success on the international stage.

Playing between 1972 to 1985, Mokhtar Dahari is considered one of the most legendary strikers in Malaysian football history.

Real Madrid legend Ferenc Puskas was one of Hungary's 'Magical Magyars' during the 1950s and his exploits for his country have ensured his status as an icon in Budapest and beyond. Puskas scored 84 goals in 85 games for Hungary and subsequently played for Spain in the early 1960s. However, his Spanish experience impacted his goals-to-games ratio as he failed to score in four appearances for La Roja.

Godfrey Chitalu is the most prolific African international footballer of all time, having struck 79 goals in 108 games for Zambia. The Kabwe Warriors star transitioned into coaching after hanging up his boots, but met a tragic end along with the rest of the Zambia team in the 1993 Zambian air disaster.

With 78 goals, Hussein Saeed is Iraq's top goalscorer of all time and he reached that figure in 137 games for his country. Saeed spent his entire career with Al-Talaba and played at the 1986 World Cup as well as three Olympics (1980, 1984 and 1988).

Widely considered to one of the best footballers to ever play the game, Pele has an impressive haul of 77 goals in 92 appearances for Brazil. He played at four World Cups, winning three and remains the Selecao's top scorer to this day.

Al Jazira legend Ali Mabkout is a clinical finisher and as well as being one of his club's best scorers, he is also the United Arab Emirates' top international scorer of all time.

Barcelona icon Lionel Messi may not have enjoyed much silverware success on the international stage with Argentina, but he is the country's record goalscorer, having overtaken Gabriel Batistuta in 2016.

While Ferenc Puskas may have been the talisman for Hungary during the 1950s, Sandor Kocsis was their chief goalscorer. The former Barcelona man hit an amazing 75 goals in 68 games for the Magyars in an international career that spanned just eight years.