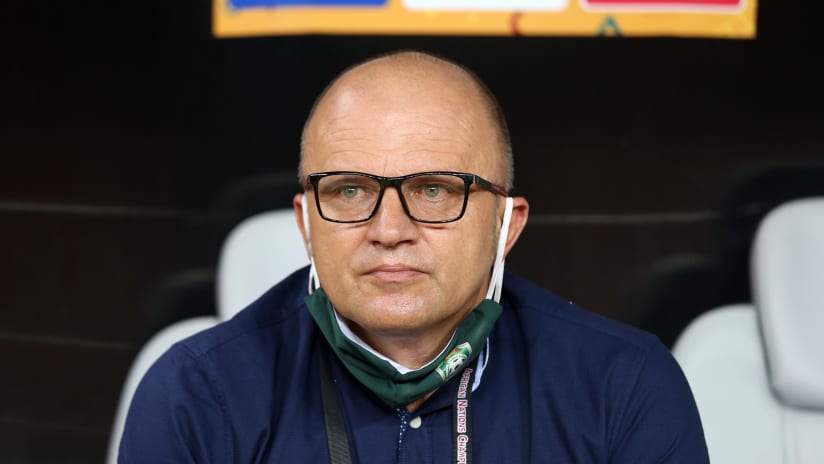 The Croatian Football Federation have thrown its weight behind compatriot Zdravko Logarusic  amid allegations of forging his UEFA Pro Licence certificate.

The 55-year-old is under investigations for allegedly forging a certificate to land the Zimbabwe national team job.

Zifa has placed the former Asante Kotoko gaffer under investigation despite guiding the Warriors seal qualification to the Africa Cup of Nations finals to be staged in Cameroon next year.

said Zdravko Logarusic acquired a UEFA Pro Licence in 2013, which remains valid until June this year, and the coach did not deceive the ZIFA leadership, when he applied for the job to coach the Warriors.

The controversial gaffer presented the UEFA PRO Licence badge, as part of his coaching credentials, when he applied for, and was chosen, for the biggest coaching job in local football, in January last year.

However the Croatian Football Federation has jumped to the defence of the under-pressure boss, insisting he acquired his certificate legitimately after social media exploded into overdrive.

“Zdravko Logarusic has been appointed as the Warriors coach on a two-year performance-based contract,’’ ZIFA announced on their official Twitter account, on January 29, last year.

“The Croatian has a UEFA Pro Licence and a CAF A licence He has coached the national team of Sudan and top clubs in Ghana, Kenya, Angola and Tanzania.’’

However, the Croatian Football Federation, through their head of communications, Tomislav Pacak, told The Herald, there was nothing wrong with Loga’s badge.

The CFF, just like other football controlling bodies around the world, are the issuing authority, when it comes to these coaching badges.

“Good to hear from you, we’re happy to see your team performing well with our coach Zdravko Logarušic,’’ Pacak responded, in an email, to questions from The Herald.

“We hereby confirm that Mr Logarušic earned his UEFA Pro Licence in 2013 at the Croatian Football Federation Football Academy and his current badge (identification card) is valid until 30 June 2021.

“So, from our side, there is absolutely nothing suspicious about his licence.’

“With regards to your inquiry, we refer you to the Croatian Football Federation, as they are the licensor and could inform you on this topic,’’ they in a response to an email.

The UEFA Pro Licence is issued by the European football federations and remains valid, for two years, and has to be renewed after it expires.

It is the highest coaching certification available and follows the completion of the UEFA “B” and “A” Licence badges.