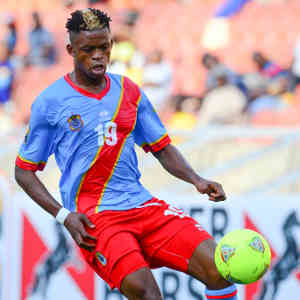 Congo and Libya will both be looking to secure their place in the quarterfinals of the 2014 African Nations Championship when they meet in their final Group C tie at the Peter Mokaba Stadium on Tuesday, kick-off at 19h00.

The Red Devils of Congo are currently in third place in the group with three points after bouncing back from their opening 1-0 loss to Ghana to beat Ethiopia 1-0 to keep their hopes alive.

Sebastien Migneâ€™s side now have to collect maximum points against group leaders Libya on Tuesday to get past the group stage.

The Frenchman admits that this will be a difficult task but he believes his players will be confident following their win over the Walya Antelopes.

â€œIt is good to win because victory brings mental strength and increase self-belief, something this team needs,â€ he said.

â€œWe stand a good chance of qualifying now and although Libya is a very good youthful side we go out looking for victory.â€

Libya on the other hand remain at the top of the group table with four points, after kicking off their tournament with a 2-0 win over Ethiopia before holding Ghana to a 1-1 draw.

Javier Clementeâ€™s men will be under less pressure than their opponents as a draw will be sufficient to see them to the next round.

However, the former Cameroon coach believes they still need to put up a good performance in their last game to avoid disappointment.

â€œIt is a good position to go into our last group match in but we know there is still a lot of work to be done before we can qualify to the next phase of the competition,â€ he stressed.

The other Group C match between Ethiopia and Ghana will take place at the same time at the Free State Stadium.