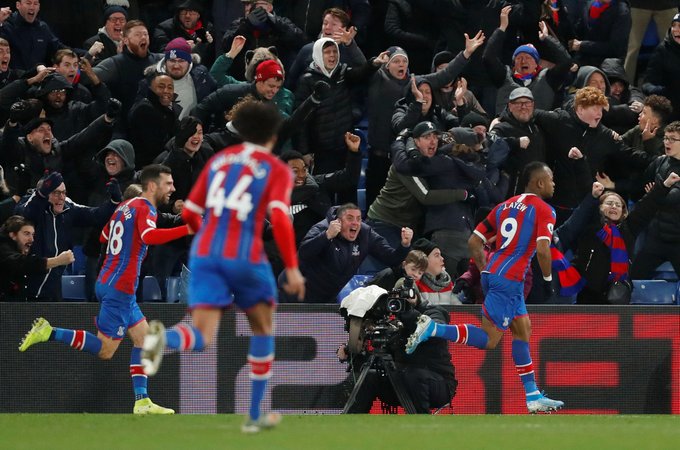 English side have declared their Ghanaian striker Jordan Ayew 'KING' after he scored an amazing stoppage time winner on Boxing Day to make their Christmas celebrations special.

Ayew scored the sensational 90th-minute winner to help Palace come from behind to defeat West Ham 2-1 at Selhurst Park and the club have taken to social media to give him a the crown of a King.

The Ghanaian was the person who set up their equaliser before he personally brought his club back for the winner.

The Black Stars attacker danced through the Hammers defence on the edge of the box by beating three defenders and then brilliantly and calmly chipping goalkeeper Roberto for the amazing goal.

West Ham had raced into the lead via Robert Snodgrass before Cheikhou Kouyate equalised against his former club.

Ayew set up Kouyate's goal with a knock-down which allowed the midfielder to sweep home a volley from seven yards before the Ghanaian's effort left the home fans in delirium.

This led the London club to declare the Ghanaian as their KING following his heroics on the day and throughout the season.

The victory means Palace climb up to eighth on the league table while West Ham drop to 17th putting manager Manuel Pellegrini under pressure.