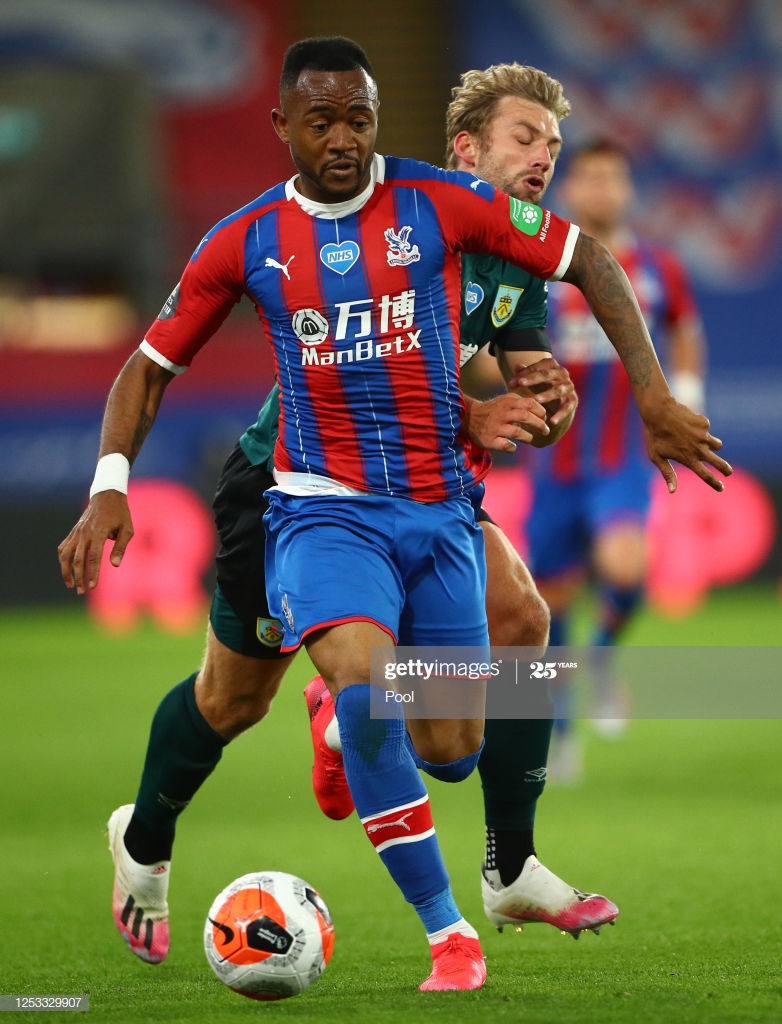 LONDON, ENGLAND - JUNE 29: Jordan Ayew of Crystal Palace is challenged by Charlie Taylor of Burnley during the Premier League match between Crystal Palace and Burnley FC at Selhurst Park on June 29, 2020 in London, United Kingdom. (Photo by Hannah McKay/Pool via Getty Images)

Crystal Palace manager Roy Hodgson was left pleased with the decision by Video Assistant Referee (VAR) not to send his key player Jordan Ayew off during their Premier League defeat to Burnley on Monday night.

VAR decided not to punish Jordan Ayew after the striker appeared to have elbowed Burnley striker Josh Brownhill in the face. Reacting to the decision during his post-match, Burnley manager Sean Dyche felt Jordan Ayew was lucky.

However, Roy Hodgson disagrees with Sean Dyche, insisting VAR had a good look because Ayew had not intended to elbow the player.

He said "They (VAR) had a good look at it and I can only assume they decided there wasn't a deliberate attempt to elbow the player.

"He has got his arm across to protect the ball. I am convinced he was not attempting in any way to elbow the player but it was one of those hairy situations because you never know these days how they are going to be judged.

"I am pleased the decision was made not to punish him.

"I am convinced it was an attempt to turn and protect the ball rather than an attempt to injure the defender who was climbing over him."

The decision had little or no consequence on the match as Burnley went on to win.