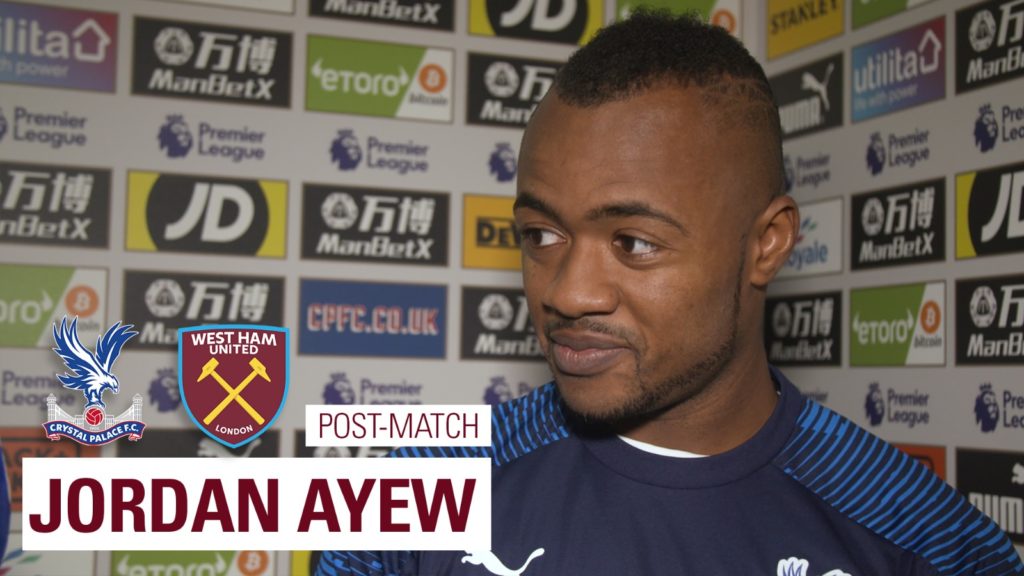 Ghana forward Jordan Ayew has revealed that stability has been the key to his recent rise in form in the English Premier League.

The inform forward, who signed a three year deal in the summer with the Eagles, disclosed since arriving in England he has been moving around which affected his performances.

However, after sealing a permanent move to South London, the 28-year old says he feels settled and has his family close to support him.

"I think this season is different because last season when I came to the football club I didn’t have a pre-season. I was overweight and everything so it was a difficult season for me but this season I had the chance to have a full pre-season and I’m feeling better,' he said after his match winning exploit against West Ham.

"I’m feeling relaxed at this football club and I’m enjoying it. Everything is perfect for me to be good on the pitch.

"This football club has a lot of faith in me because with the season I had last season, people didn’t think they would sign me.

"The manager especially told me he wanted to keep me for this season and I told him straight away, yes. I wanted to stay. Since I’ve been in England I’ve been moving around and now I have stability. My family is comfortable here in London and everything is perfect."