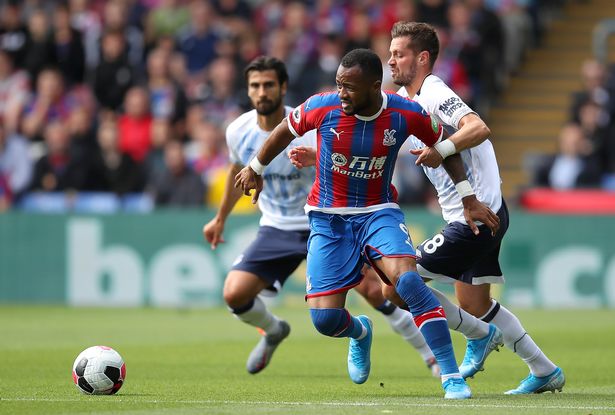 Jordan Ayew is challenged by Morgan Schneiderlin during the Premier League match between Crystal Palace and Everton at Selhurst Park on August 10, 2019 in London, United Kingdom. (Photo by Christopher Lee/Getty Images)

Crystal Palace manager Roy Hodgson played down talks by André Ayew that his sibling Jordan doesn’t get the recognition he deserves.

Jordan Ayew has made a stunning start in the Premier League, helping his side Crystal Palace to win major game in the opening weeks of the season.

Only last week, Jordan was named Crystal Palace's player of the month for August in recognition to his explosive start to the season.

Ayew won the award with an 84% majority from more than 1,000 fans who voted on the club's official app.

Upon receiving the award, Ayew was quick to share his appreciation towards the fans for their support.

“I don’t know who he thinks doesn’t appreciate him enough. It would certainly not be a fair comment with regard to us here in terms of myself, the coaching staff and the players. We really appreciate him and have enormous respect for him, and we think ourselves lucky to have a player of his quality with us,” Hodgson said.

“That certainly doesn't apply to us. I feel quite comfortable saying that it has no relevance to how we feel about him at Crystal Palace, where he is very highly respected. We have a full respect for his talents, which are good ones. And that has shown, he is playing every game.”

Jordan has two goals from his three appearances in the league so far, scoring the winner in the Eagles' last league outing against Aston Villa, as well as bagging the crucial opener for the club's historic victory against Manchester United at Old Trafford.