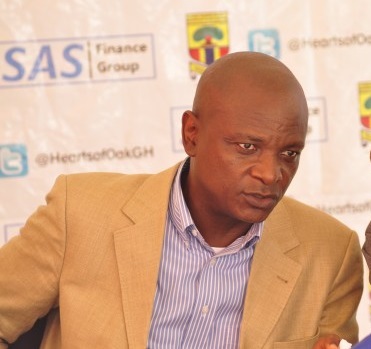 Ex-Hearts of Oak defender Dan Quaye has launched a scathing attack on the club's board chairman Togbe Afede XIV and blamed him for their trophyless run.

The six-time Ghana Premier League accuses the traditional ruler, who is also the CEO of Strategic African Securities (SAS), of running a one-man show at the club.

In 2012, Togbe Afede XIV was appointed chair of the club's board after acquiring majority shares [40 percent] after a floatation exercise to raise 2.5 million Ghana cedis.

Under his reign, Hearts of Oak have gone nine years without a trophy and that has decimated his efforts despite the massive financial injections.

Quaye, a member of the 2000 CAF Champions League and 2001 CAF Super Cup teams, explained why the club have not won a title since 2009.

''It's because the kind of people who are running the club,'' Quaye told Ghanasportspage.

''The Hearts of Oak, it doesn't belong to Togbe, the club belongs to supporters but now it's him who has hijacked the club, so I think the shares they floated did not help Hearts of Oak, because I feel that when we won the Champions League and everything we won we did it with hunger.