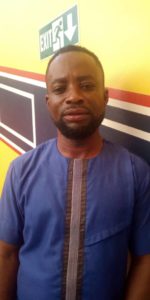 Chief Executive Officer of Danbort FC, Eugene Nobel Noel has fired a warning to Hearts of Oak ahead of their MTN FA Cup Round of 64 tie on Sunday.

The Nungua-based outfit will engage Hearts of Oak in the round of 64 clash of the football association trophy at the Accra Sports Stadium.

Hearts of Oak will be going into the match with a four-match unbeaten streak following their midweek goalless draw at Karela FC United.

But according to Danbort chief, Eugene Noel, his charges are not perturbed by their opponents form guide as they’re aiming to end their unbeaten run.

The tough-speaking football administrator claimed his side have mapped out a strategy to fall the Premier League giants in Accra.

“We are working tireless to beat Hearts when we host them at the Accra Sports Stadium. Everything is being put in place to ensure they go down in our FA Cup fixture,” he told Daily Graphic.

“They have a good team and we are prepared to face them and ensure we defeat them at the end of the match,” he said.