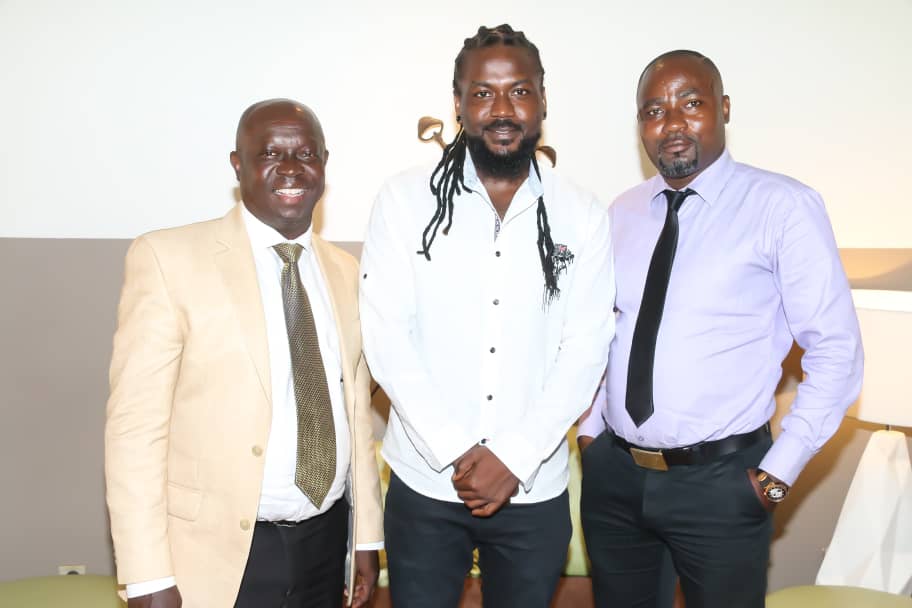 Multiple-award winner Samini will perform at the Accra International Conference Centre (AICC), on Saturday, May 11 on the 44th Sports Writers Association of Ghana (SWAG) Awards Night.

The Afro-pop, Dancehall and Reggae artist joins a long list of elite performers, including Amakye Dede, Ramblers International Band, Kwabena Kwabena and many more to  perform at the awards in line with SWAG tradition

SWAG President Kwabena Yeboah who is full of praise for Samini for his legendary status revealed that the decision sign high profile musician to grace the awards ceremony is based on providing quality entertainment for stakeholders and patrons of the SWAG Awards Night.

Last year was awesome with Kwabena Kwabena's splendid performance and this year, patrons should expect an ecstatic showdown from the great Samini at the same venue.

The 'My Own' hit-maker who would rock the audience with great love tunes from his old and current albums has told www.swagghana.com how elated he is to be performing on the stage for the longest running awards event in Ghana.

''I love and play sports, my performance on stage is sports and am happy to be contacted by sports legends to blend sports with entertainment. Its an honour to perform @ such a prestigious gathering to celebrate sports excellence, it will be massive & I promise nothing but the very best of me.''

Samini, who has had an illustrious music career spanning more than two decades, has been very vibrant in the music circles with back to back hits.

He is expected to thrill athletes, officials and administrators on the night to tunes from his hit songs such as ‘Where My Baby Dey’, ‘Master Key’, ‘Morning Dose’, ‘Rainbow’, Linda’, among others.

His hard work and talent has won him many awards among which includes; MTV Africa Music Award for Best Live Act and Reggae Dancehall Song at last year's Vodafone Ghana Music Awards.

Over 30 sports men and women are expected to be decorated on the night for the outstanding performance in 2018.