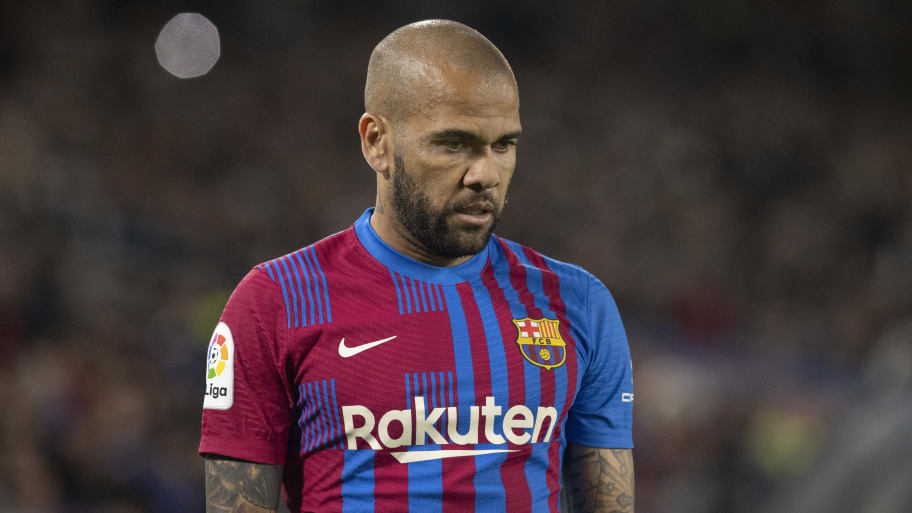 Dani Alves has confirmed that he will be leaving Barcelona for the second time when his contract expires at the end of the month.

Alves' second spell at Barça began halfway through last season with former teammate Xavi swooping to bring the defender back after his time at Sao Paulo came to an acrimonious end.

The Brazilian went on to make 14 La Liga appearances for the Blaugrana, and by the end of the campaign had established himself as the club's first-choice right-back.

"Now it's time for our farewell," he wrote to fans.

"They were more than 8 years dedicated to that club, those colors and that house… but like everything in life, the years go by, the paths diverge and the stories are written for some time in different places - and that's how it was.

"They tried to fire me but they couldn't. because you can't imagine, can you, how resilient and resilient I am.

"Many more years passed until football and life, which as always, are very grateful to those who respect them, decided to give me the opportunity to come back here to say goodbye.

"But not a goodbye without first thanking all those who are behind the spotlight, all those who make ours perfect, all of them; THANK YOU.

"I would also like to thank all the staff for the opportunity they gave me to return to this Club and to be able to wear that wonderful shirt again, you don't know how happy I am...

"I hope they don't miss my craziness and my daily happiness. I hope also those who, if they remain, change the history of that beautiful club, I wish it from my heart.

"There were 23 titles won: 2 triplets, 1 sextet and a great golden book written!It closes a very beautiful cycle and opens another even more challenging one. May the world never forget: A LION EVEN IF HE IS 39 YEARS OLD IS STILL A GOOD CRAZY LION. Forever VISCA AL BARÇA!"

Alves is keen to play for Brazil at the 2022 World Cup this winter and is understood to have several European clubs interested in him.


This article was originally published on 90min as Dani Alves confirms Barcelona departure with farewell letter to fans.