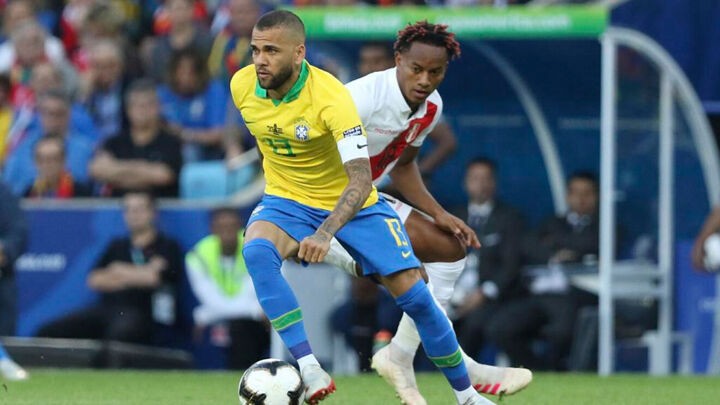 Footballing great Dani Alves has never bitten his tongue during his career, and at the age of 38 has criticised the patriotism of Brazilian fans.

Alves, who is currently playing in his first Olympic Games with Brazil, spoke about the lack of patriotism in his country.

"Unfortunately, there is no patriotism in our country. If there were patriotism, our biggest idols and our great history would be respected," Alves said.

"It seems that the only place where the history of Brazilian football doesn't matter is our country."

The former Barcelona player also compared what it was like outside of Brazil.

Dani Alves' words are just the latest in a series of claims by Brazilian players.

The first explosive words were those of Neymar, when he heard that some Brazil fans were going to cheer for Lionel Messi's Argentina in the Copa America final.

Thiago Silva and Marquinhos also showed their anger and disappointment regarding the lack of patriotism in Brazil.