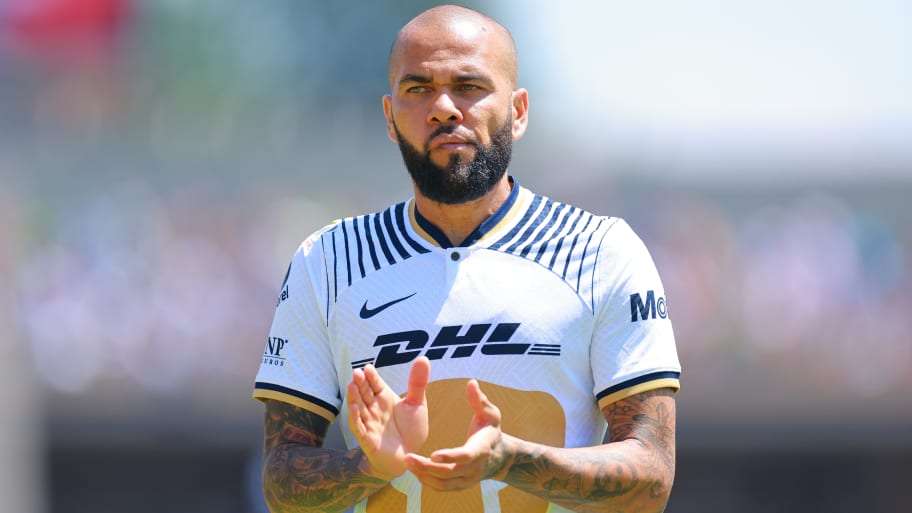 Former Barcelona defender Dani Alves has warned the club that they must not lose sight of their 'philosophy' amid a summer of heavy expenditure.

The Catalan club have spent north of €100m on transfer fees this summer despite a need to rebalance their books ahead of the upcoming La Liga campaign.

Alves, who left the club at the end of last season and is set to feature against Xavi's side in a pre-season friendly at Camp Nou for Mexican side PUMAS, offered his thoughts on the club's transfer dealings this summer.

"The market is strange because of all these things that Barca has done," said the 39-year-old.

"Barca have adapted to the market, which is crazy, as they have done the same as other clubs. They must not lose their philosophy, it is what has made them great."

The Brazilian also opened up on his departure from Camp Nou this summer after playing a critical role in their push for Champions League football last term.

"I already knew the situation and that my contract was for six months," added Alves.

"They spent a month without deciding, I wanted to have known about it before so I could say goodbye, hug people. I only had the opportunity to say ‘hello’, and not to say goodbye. I thank Barcelona that now I can say goodbye."

Barcelona will square off against PUMAS in the Joan Gamper Trophy as they conclude their pre-season preparations ahead of their La Liga opener at home to Rayo Vallecano next weekend.

This article was originally published on 90min as Dani Alves warns Barcelona they must not lose their philosophy after expensive summer.