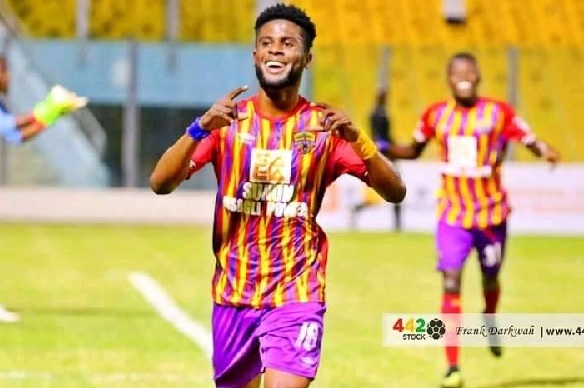 Hearts of Oak Board Member Vincent Odotei Sowah has confirmed forward Daniel Afriyie Barnie will be extending his stay with the club.

The former Black Satellites captain is reported to have agreed to a contract extension with the Ghana Premier League giants.

According to the former Ghanaian Parliamentarian, a deal was agreed between the two parties ten days ago.

“We held successful talks and after agreeing on terms, we offered him a contract that reflected those terms”

“We met and finalized everything about his contract renewal 10 days ago,” Odotei told Accra based Asaase Radio.

The AFCON U20 Champion has scored 10 goals in all competitions for The Phobians in the ongoing campaign.

Barnie is among the top young players in the domestic top-flight league this season.