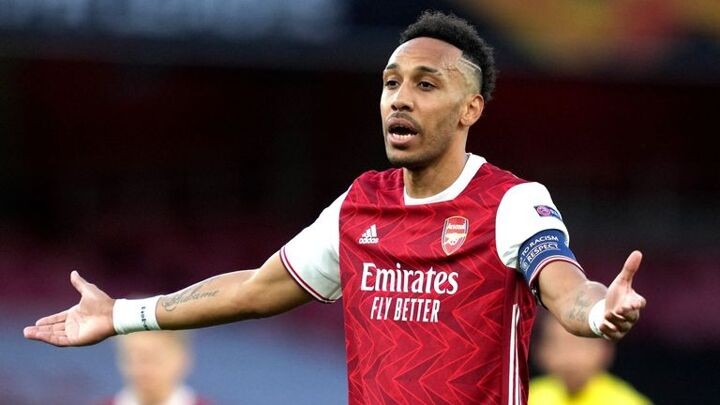 Spotify co-founder Daniel Ek remains committed to his proposed Arsenal takeover despite the club facing a first season without European football in 25 years.

Swedish billionaire Ek is expected to make his opening bid - believed to be in the region of £1.8billion - for Arsenal but did not want to cause a distraction by doing it before the Europa League semi-final exit to Villarreal on Thursday.

Ek believes his plans and vision for Arsenal will transform the club, who are ninth in the league, and return them to a position where they will be challenging for the Premier League and Champions League again.

Stan Kroenke, who owns Kroenke Sports & Entertainment (KSE), has been Arsenal's owner since April 2011 and Ek will not comment publicly further on the bid.

The Kroenkes responded to Ek's interest by saying they were "100% committed" to Arsenal and "are not selling any stake".

Henry confirmed to Sky Sports on Monday that Ek has "reached out" to the Kroenke family to present an offer to buy Arsenal and wants to "reinject the Arsenal DNA".

"I think it is going to be long and not easy - if it does ever happen," the former Arsenal striker added.

"One thing that I want to reiterate is that Daniel will not move away, he will be there waiting to see if they want to sell.

"That is going to take a very long time, we know what we want to do, but first and foremost we need to make sure that we can take over if they are listening."

Arsenal were held to a goalless draw by Villarreal on Thursday, consigning them to a 2-1 aggregate defeat in the Europa League semi-final and denying them a chance to save their season...

Mikel Arteta bemoaned Arsenal's bad luck in his post-match press conference. The injury to Granit Xhaka in the warm-up. The two Pierre-Emerick Aubameyang efforts that struck the post.

But there is only so much that can be put down to bad luck. Arsenal bowed out of the Europa League having only mustered one shot on target, at home, in a semi-final they had to win. Their season is effectively over. And it is precisely what they deserve.

Arsenal are just fortunate the fans protesting Stan Kroenke's ownership outside the Emirates Stadium before the game were not inside to watch it. The wild Villarreal celebrations that greeted the final whistle would have been drowned out by boos.

Nicolas Pepe's penalty in Spain last week had given Arsenal a lifeline in the tie - albeit one they scarcely deserved. Arteta said they "had so much enthusiasm and desire" to go on and reach the final. But there was little evidence of that out on the pitch.

Instead, Arsenal's under-performing players produced another display to highlight the need for a rebuild but the pressure is rising on Arteta too. He loaded his team with attackers as he sought to overturn the 2-1 deficit but it seemed the plan ended there.