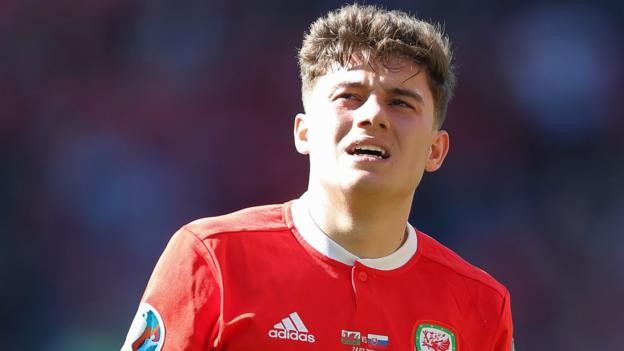 Daniel James has withdrawn from the Wales training camp in Portugal following the death of his father.

The winger's club Swansea City offered their condolences to the 21-year-old.

"Everyone at Swansea City has been saddened to hear of the sudden passing of Daniel James' father," read a club statement.

"Everyone at the football club send their condolences and our thoughts are with Daniel and his family at this sad time."

Manchester United are in talks with Swansea about signing the twice-capped player but a fee is yet to be agreed.

Wales are preparing for their Euro 2020 qualifying double-header against Croatia and Hungary next month.

Ryan Giggs' side face Croatia in Osijek on 8 June and Hungary in Budapest on 11 June.

Wales are set to be without midfielder Aaron Ramsey and defender Ethan Ampadu because of injury.