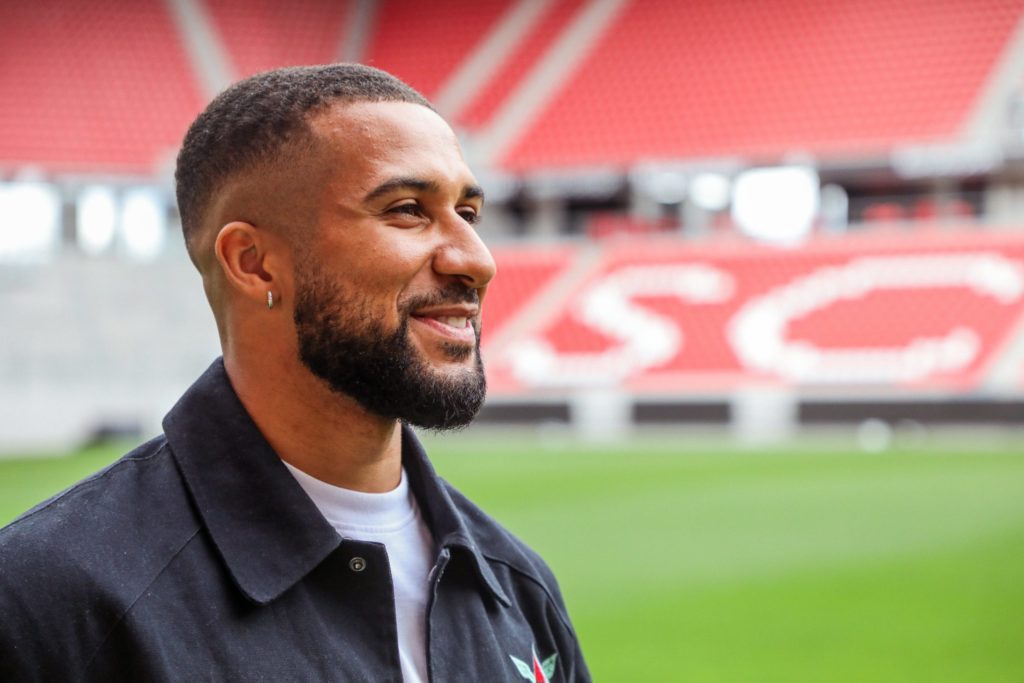 Daniel-Kofi Kyereh has no problem with the term "late starter". That's what he called himself, he says.

The attacking midfielder's career is not standard in the industry these days. Young footballers are usually trained to become professionals in youth academies. Those who prevail play in league one or two in their early 20s at the latest.

Kyereh also started like this – in the junior division of VfL Wolfsburg. Due to injury, he hardly played there and was sorted out at some point. A tough word. But that's exactly how Kyereh describes it.

A step back to the regional league team TSV Havelse finally brought him decisive progress. From then on things went uphill – not rapidly, but constantly. Third division including a promotion with Wehen-Wiesbaden, then the second division with FC St. Pauli.

"It took me a little longer. But it was good to only come into the professional business after such a maturing process," explains Kyereh.

Now, at the age of 26, he has arrived: in league one. After he was nominated for the Ghana national team for the first time last September, towards the end of the A participation in the World Cup is also on the agenda for 2022.

"It sounds crazy. But it's the reward for the hard work and for not giving up."

In the past second division season, he scored 12 goals in 29 games and assisted 10. Kyereh, who describes position 10 as his best, knows that he still has to improve in the areas of physique, defence and tactics.