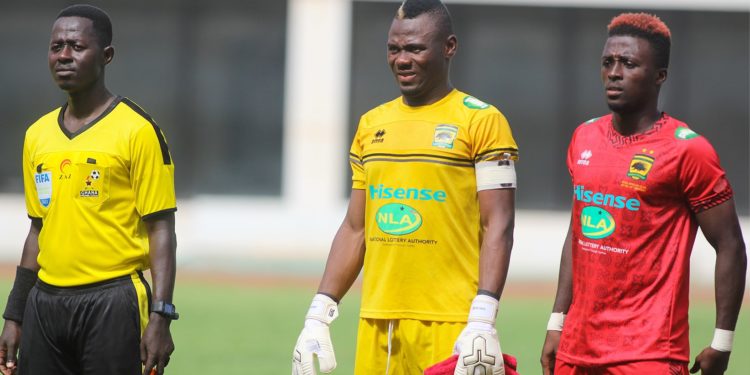 The new game was released by EA Sports, and the ratings of the various players have divided fans with Ibrahim the only local player.

Danlad, Black Galaxies' number one goalkeeper, has a rating of 68 overall, with reflexes and ball handling at 70 and 69, respectively.

The Ghanaian champions took to Twitter to celebrate their goalkeeper, who was crucial in their league success last season.

Meanwhile, former Chelsea star Michael Essien, who has retired from football and is now focusing on coaching, is the highest-rated Ghanaian in the game.

Inaki Williams (81) is the game's third highest-rated Ghanaian, with Mohammed Kudus and Mohammed Salisu all in the top 10 (full list below).