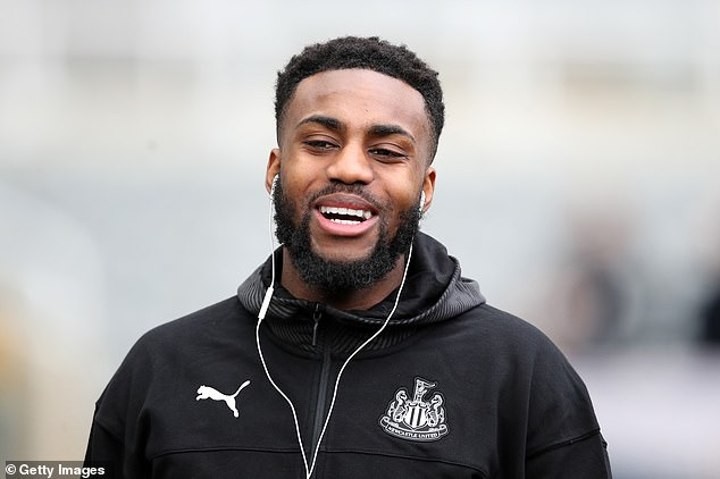 The defender, on loan at Newcastle United from Tottenham, has split his donation between charities SafeLives and Chayn.

Earlier this week, Refuge, the UK's largest domestic abuse charity, reported a 120 per cent increase in calls to its helpline.

In a video message to raise awareness, Rose said: 'If you're worried about a neighbour or a friend being abused, if you're a child worried about your parents, I hope you know that response services will still come out.

'There are still people out there wanting to help.'

Hera Hussain, founder of Chayn, said: 'This is a great example of someone with the resources and profile like Danny using their power to uplift others.

The NHS is currently under incredible stress due to the coronavirus outbreak in the UK and thanked the Newcastle loanee over social media for his thoughtful gesture.

The hospital based in Enfield tweeted: #ThankYou Danny Rose for the hundreds of pizzas arriving for #TeamNorthMid #NHS'. They had treated Rose for an injury during his time at Tottenham.

The act of generosity came after the 29-year-old said that he has 'no problem whatsoever' donating as much of his wages as necessary to fight the coronavirus outbreak.

'I can only speak for myself but I would have no problems whatsoever contributing any of my wages to people who are fighting this on the front line and to people who have been affected by what's happening at the minute.'

Discussions are ongoing regarding all Premier League players taking a 30% wage cut during the pandemic.

Rose added: 'We sort of feel that our backs are against the wall. Conversations were being had before people outside of football were commenting.'