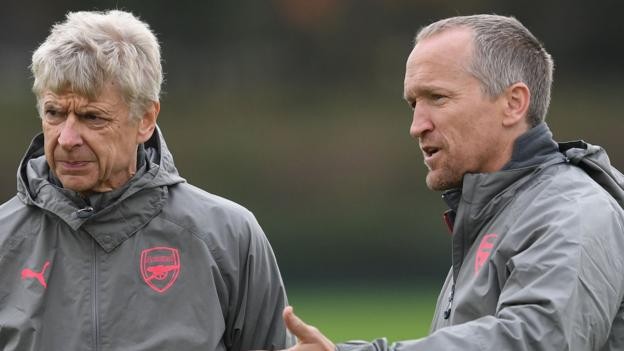 Arsenal director of high performance Darren Burgess is set to leave the Emirates after two years with the club.

It is understood Burgess, 45, was sacked days after the Gunners' 4-1 Europa League final defeat by Chelsea.

Head of performance Shad Forsythe - who had been close to joining AC Milan - will now remain at Arsenal and be elevated to a more senior role.

Former chief executive Ivan Gazidis left his role at the club to join Italian side AC Milan in September.

Head of fitness and conditioning at Liverpool between 2010 and 2012, Burgess was among a host of personnel brought in to work with Gazidis and put a new structure in place in 2018.

Arsenal finished fifth in the 2018-19 Premier League table in manager Unai Emery's first season at the club and will play in next season's Europa League.