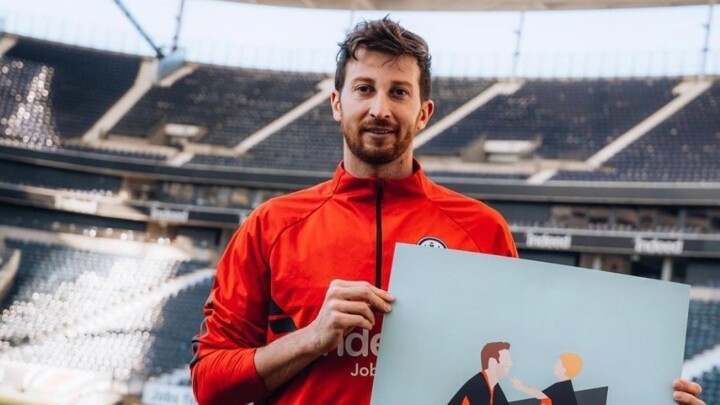 David Abraham has played his final game for Eintracht Frankfurt before returning home to Argentina for family reasons.

The defender captained Frankfurt in their 3-1 win over Schalke, which included two goals from Real Madrid loanee Luka Jovic, on Sunday.

The 34-year-old centre-back is returning to his homeland after seven years in Germany in order to look after his son.

Abraham will play for Huracan de Chabas in the Liga Casildense, a regional league in Argentina, to be with his family.

"I left my hometown when I was a teenager," Abraham said a few weeks ago.

"I've been a father for four and a half years and I've seen my son very little, especially since the pandemic started.

"Nothing can replace this time of watching your son grow up."

Abraham returns to Argentina after a career in Europe that has seen him play for Nastic and Getafe in Spain, Basel in Switzerland and Hoffenheim and Frankfurt in Germany.