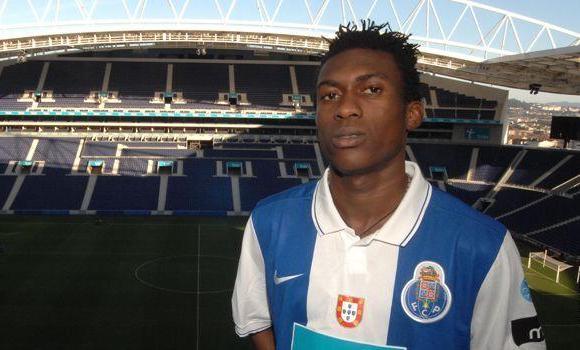 This comes after the left-back decided to cancel his contract with giants Porto.

The 22-year-old has one year remaining on his contract with the giants but the lack of playing time has forced him to the decision to cancel the contract.

He will swiftly join rivals Vitoria Guimaraes if he reaches an agreement with Porto over his decision to prematurely end his contract.

Addy will be signed to replace the club's left-back duo of Jaoa Amorim and Dinis who are both on the sidelines after undergoing surgeries.

The lack of playing of time with Porto has forced the right-back to seek opportunities elsewhere.

He was excluded from the team's pre-season training in Switzerland which points to his likely exit before the transfer window shuts on Friday.

The defender joined Porto from Danish club Randers three years ago but he failed to command a starting place in the team which resulted in him being loaned out twice.

He had loan stints with Portuguese side Academica and Greek outfit Panetolikos.