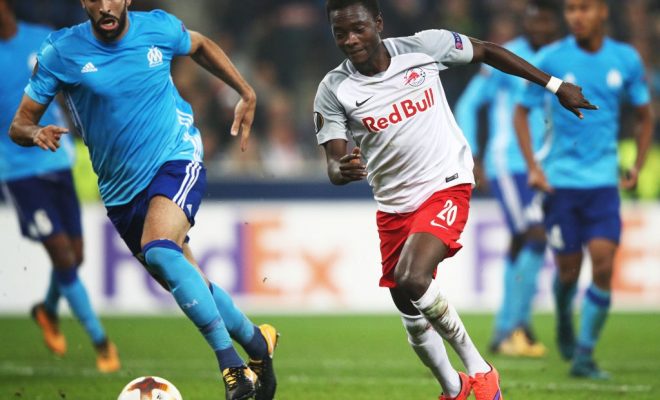 German Bundesliga duo Mainz 05 and TSG Hoffenheim are reported to be interested in former Ghana U20 striker David Atanga.

The Red Bull Salzburg-owned player sent last season on loan at St. Pölten where he scored six goals in 14 league appearances in the Austrian top-flight

"It's no wonder that big names like Hoffenheim and Mainz have him on the list," Atanga's agent Franz Herzog disclosed.

"A loan from the beginning of the season is currently very much in focus, but does not mean that it is carved in stone.

"One thing I can tell you is that we are talking about very good team that play the Europa League or even Champions League."

Atanga, who played for Ghana at the 2015 FIFA U20 World Cup finals in New Zealand, is contracted to Red Bull Salzburg until 2020.