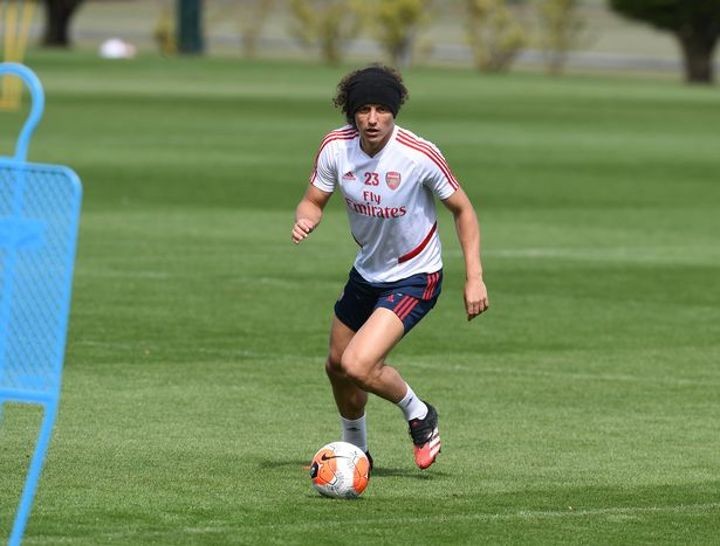 David Luiz says he has held talks with Benfica boss Luiz Filipe Vieira over an emotional return to the Portuguese giants this summer.

The Brazilian defender is set to see his stay at Arsenal cut short after less than 12 months at the Emirates Stadium, with the Gunners looking likely to show the 33-year-old the door when the current season finally ends.

Luiz signed a one-year contract with the option of a further 12 months when he joined Arsenal from London rivals Chelsea in an £8million deal last summer.

He has been a regular throughout the current campaign, with the now-departed manager who signed him, Unai Emery, interim boss Freddie Ljungberg and current head coach Mikel Arteta all leaning heavily on his experience in defence.

Luiz has played 32 times for the Gunners in all competitions, scoring twice, but with Arteta seeking to trim the wage bill and lower the average age of the squad, he now seems likely to be allowed to depart this summer.

The centre-back spent four years with Benfica, his first European club, before a January 2011 switch to Chelsea, and he says he is now targeting a return to Lisbon.

"I have already spoken with Vieira. It will happen if the President permits it and fans want me back," he is reported as saying by Portuguese outlet Record, who feature Luiz on the front cover of Saturday's edition.

"‘To be able to wear that jersey again and enter the stadium is worth more than many trophies.

"Benfica doesn’t deserve me to come back without helping."

Luiz's exit is set to be part of a defensive overhaul at the Emirates Stadium, with Rob Holding, Shkodran Mustafi and Sokratis Papastathopoulos all deemed expendable by Arteta.

Pablo Mari's loan deal from Flamengo is likely to be turned into a permanent switch this summer, while William Saliba has returned from his loan deal at Saint-Etienne after the Ligue 1 season was curtailed.