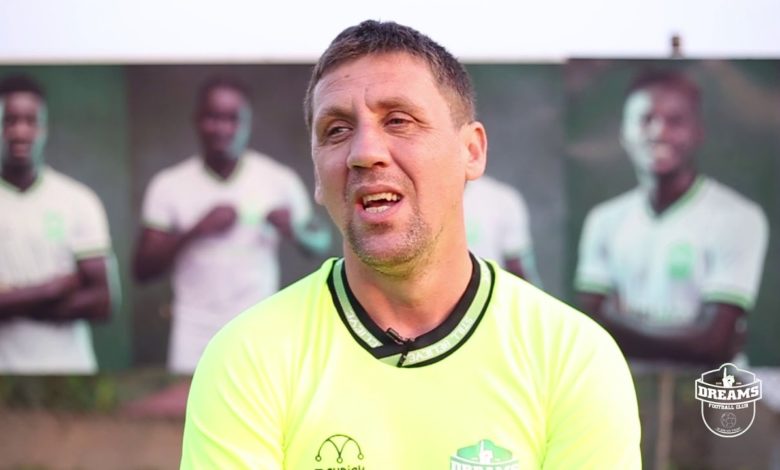 Dreams FC coach Vladislav Viric is among five persons charged with misconduct following the fight that ensued in the aftermath of the club's Ghana Premier League match against Berekum Chelsea on Sunday.

Berekum Chelsea assistant coach Abdul Hanan-Abu who was pictured lying in hospital bed on Sunday night has also been charged by the Ghana Football Association.

The unfortunate incident happened at Theatre of Dreams in Dawu after the match which Berekum Chelsea won 1-0.

Dreams denied Abdul Hanan-Abu hospitalisation was as a result of physical assault by fans, as they revealed there was a physical altercation following verbal exchanges between their coach and Berekum Chelsea number 2.

Dreams, in their statement, added that clah resulted in various degrees of injuries to both coaches.

And more than 48 hours after the fight, which has been widely condemned, the GFA has charged all those alleger to be involved with misconducts.

The GFA Prosecutor has charged the five persons in relation to misconducts after the Ghana Premier League match between Dreams FC and Berekum Chelsea at the Theatre of Dreams in Dawu.

Two Officials of Dreams FC, Haruna Seidu, Kofi Akosa Agyei  and a Player Agyenim Boateng have all been charged for misconducts in the said match.

The charged Officials and the Player are expected to submit written statements of defence or choose the option to appear before the GFA Disciplinary Committee to answer to the charges.