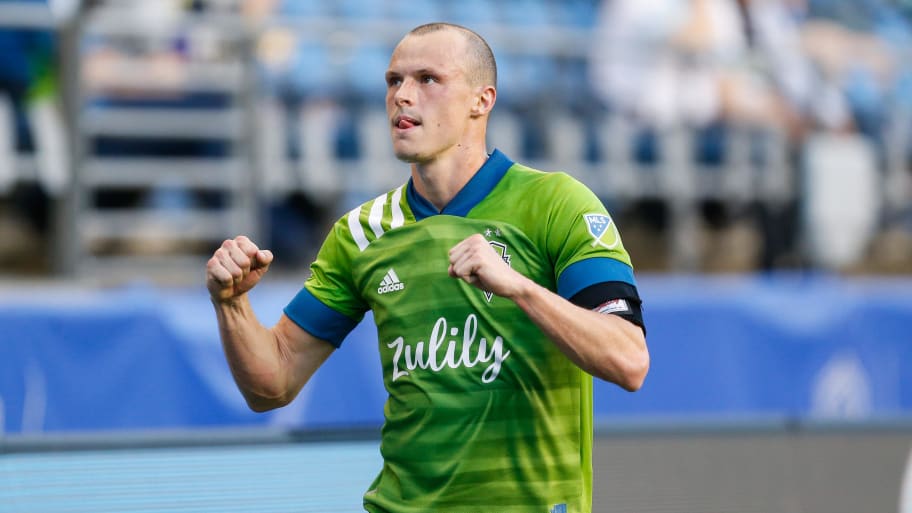 DC United completed the signing of left-back Brad Smith from the Seattle Sounders on Thursday.

The Black and Red have paid $750k in General Allocation Money for Smith's services and retain a 10% sell-on fee should the 23-time Australia international be transferred outside of Major League Soccer.

With exciting homegrown prospect Kevin Paredes on the verge of a move to Wolfsburg in the German Bundesliga, Smith will fill DC's need for an attacking presence at left-back/wing-back.

“Brad’s physical attributes and work rate paired with the attacking mindset he carries make him an ideal player for our style and philosophy. As well as being an excellent defender, he’s a consistent contributor in the final third,” D.C. United general manager Lucy Rushton said in a release.

“We believe with Brad’s introduction that we have the strongest complement of attacking fullbacks in the league. The quality of service that both he and Julian Gressel – who led all defenders last season in assists from his right wingback role – possess are a center-forward’s dream, and will prove a constant goal threat for us going forward.”

Across two separate spells with the Sounders - first on loan between 2018-19, then permanently for 2020 and 2021 - Smith notched three goals and 10 assists in 76 appearances. The 27-year-old was part of the 2019 MLS Cup-winning team and also helped Seattle reach the final again in 2020.

“We want to thank Brad for his four years of service in Seattle,” Seattle general manager & president of soccer Garth Lagerwey said in a release. “Since his arrival, he’s been a great member of our organization – on and off the field – and we wish him the best in the next chapter of his career."

DC United are currently training in Florida as they prepare for the start of the 2022 MLS season with their first fixture coming at home against expansion side Charlotte FC on February 26.

This article was originally published on 90min as DC United complete signing of Brad Smith from Seattle Sounders.